VIDEO: She dreamed of a Grand Slam trophy for 11 years - now she is a billion dollar girl 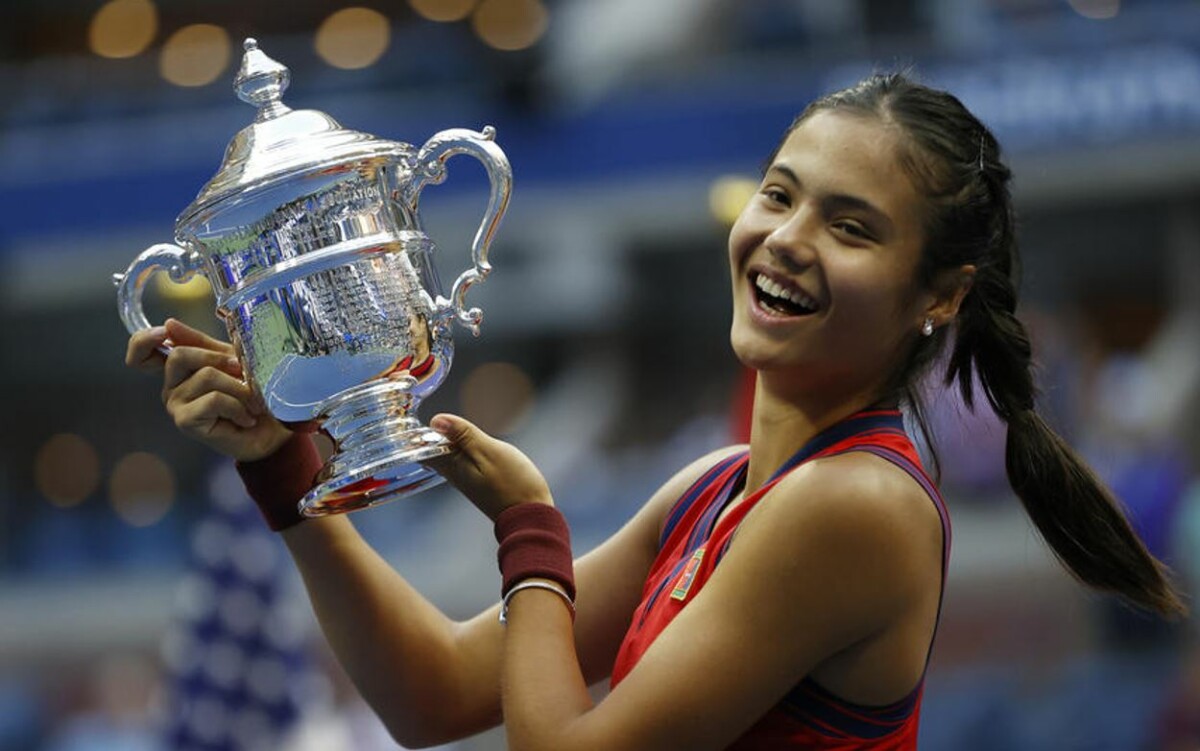 Tennis sensation Emma Radukanu from Great Britain managed to attract the attention of US Open, winning the trophy, her first tournament of her career.

The 18-year-old tennis player is a top topic in the British media, and experts go so far as to predict that she will become a "brand" worth over a billion dollars.

Sky Sports published an interview with Raducanu when she was only 11 years old and even then her great talent was recognized. In Bournemouth in 2014 he won second place at the Junior Tennis Championship, and immediately after that performance he said that he dreams of one day being part of professional tennis and being a Grand Slam champion.

- Yes, I want to be a professional tennis player one day because I want to compete and travel around the world. My sports heroes are Lee Na, who works ethically well and moves around the field well, and Roger Federer because he moves so safely and seems to be so easy on the field. Yes, I want to be a Grand Slam champion, although I know it is very difficult, but if I work on my game it may happen one day - said Radukanu.

Immediately after the sensational triumph of the last Grand Slam season, the madness for the most wanted teenager in the world started. Her lawyers have their hands full, so they registered in the United Kingdom to protect the words "Emma Raducanu", "Emma" and "Raducanu", paving the way for their own line of cosmetics, perfumes, clothing and footwear.

The tennis player, who has only a few months of serious tennis behind her at the "US Open", earned an incredible 2,5 million dollars, and it is estimated that the figure during her career from the tournament prize will be over 100 million dollars. It is also predicted that it could exceed Roger Federer's ten-year sponsorship deal with fashion brand Uniclo for $ 250 million. Other ties, such as a deal with Tiffany in China, could attract $ 20 million a year.

Several athletes, including Michael Jordan and Tiger Woods, have amassed a fortune of over $ XNUMX billion, but Emma will be the first woman to do so. Let us recall, Two months ago, Emma was the 300th tennis player in the world, she entered the US Open as the 150th, and now she is the 23rd on the ranking list.

Until her sensational feat in New York, she earned about $ 300.000 from tennis, and after just three weeks, she now tasted what it was like to become a star overnight.

She made a real "boom" on social networks. During and after the US Open, he gained over a million new fans on Instagram, and currently has 1,9 million fans, surpassing Britain's top tennis player Andy Murray, who has 1,7 million fans.

Recall, Emma Raducanu, originally from Canada, became the first tennis player to reach the Grand Slam title from the qualifiers, winning all 20 sets she played. She also became the first British woman to win a Grand Slam since 1977, and is the youngest winner of one of the four biggest tournaments since 2004 and then 17-year-old Maria Sharapova.