VIDEO | Eyewitness: It was scary, shots were heard from inside - I was putting out the fire, others were rescuing people 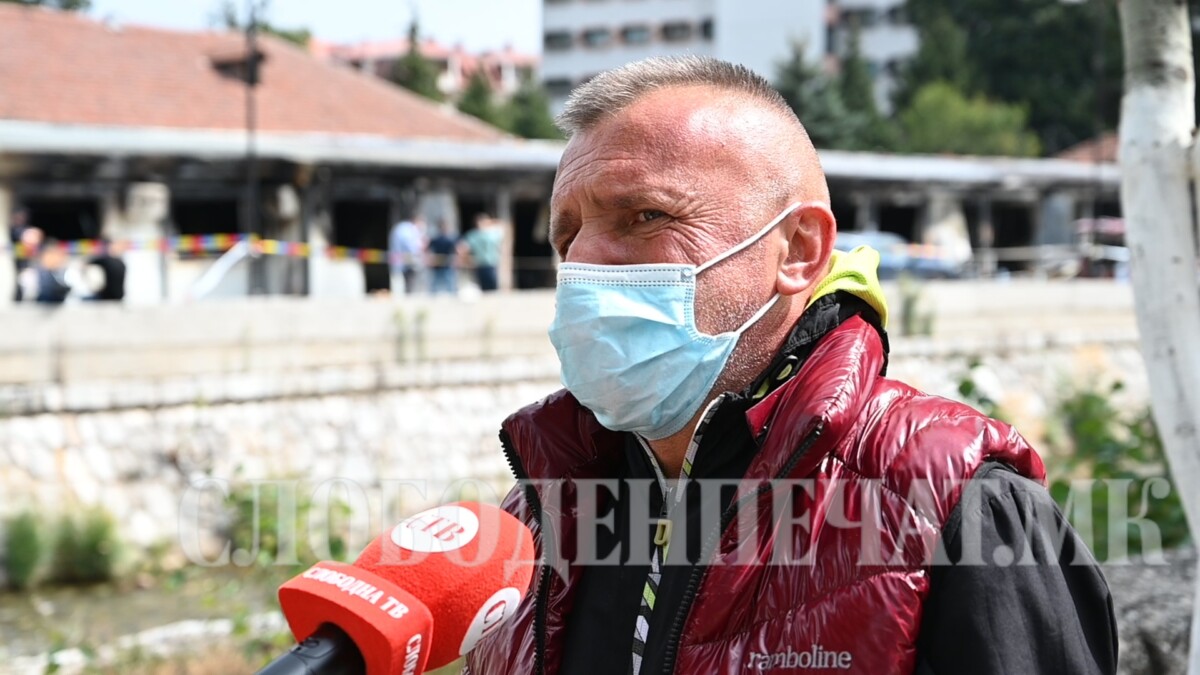 Nexmedin Aliti is a 37-year-old football player from Tetovo, who last night among the first people ran to the place of the fire in the modular covid hospital in Tetovo and participated in the extinguishing. He tells about the horrible sight, when the fire destroyed the whole hospital and in which 14 people died, and 12 were rescued from the fire and are in stable condition. In total, there were 26 people in the modular hospital at the time of the fire.

Everything happened very quickly. It was like a bomb. I was here at 9.10 am. There were firefighters and police on the spot. Half of the hospital was affected by the fire and I was here to put out the fire, I did not go inside, others came in. Terribly, there was gunfire. There are people who are afraid of being shot, but I am a humane person, I am not afraid, I wanted to help, Aliti tells about the fatal moment when the fire started and quickly covered the whole hospital.

He says the fire was very strong and spread rapidly.

- The fire was so strong that even if a helicopter came to extinguish it from above, it could not, Aliti is honest who, like many Tetovo residents, spent last night thinking about the victims and the consequences of the fire that shocked Tetovo residents and the whole public.

The fire started because they were trying to resuscitate a girl and the socket broke, a woman from Tetovo testified for "Free Press"

BPPO: Autopsy of 14 dead, inspection continues after the fire in the modular hospital in Tetovo

Doctor Aleksandar Stankov: The autopsies of the 14 deceased from the modular hospital will be completed today

Greek media about the fire in the modular hospital in Tetovo: Tragedy in Northern Macedonia

Vuќiќ: Serbia is ready to give fraternal assistance to Northern Macedonia