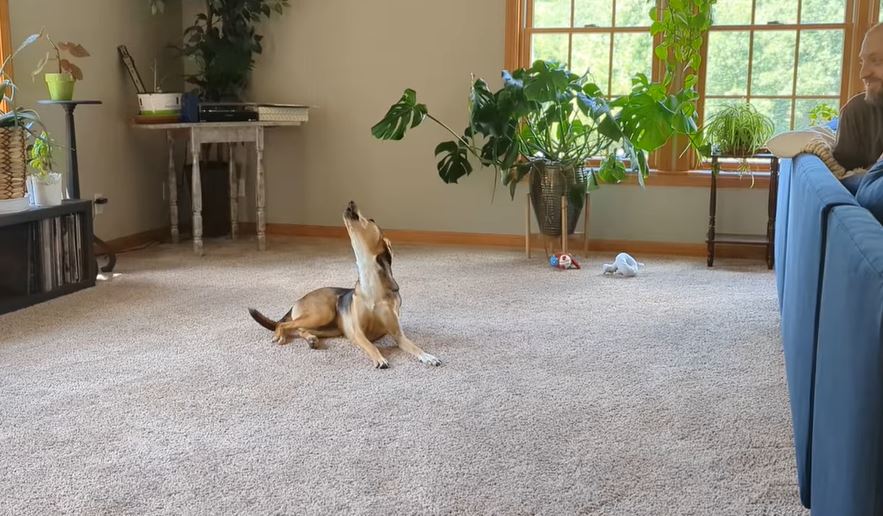 Some dogs endlessly enjoy the music. Their owners know what kind of music they prefer, as well as which song is their favorite. They usually play their favorite song and then enjoy their reaction.

This was confirmed by a Facebook user who posted a hilarious video of her dog.

"Giana has a favorite song. She really tries to hit all the high notes of this song," her owner wrote in the description of the video in which the dog "sings" Whitney Houston's "I Will Always Love You." And indeed, she must be given credit for her efforts. He knows exactly when to let out a voice, and the fact that he throws his head back makes the whole performance even better.

Many were delighted with the video, and some wrote that their dogs, seeing this dog, decided to let out a voice and join her in "singing". Others remembered their deceased pets who sounded similar on certain occasions.

"This is hilarious and interesting. This dog is really talented", "Great performance", "My dog's favorite song is "Hello" by Adele, we should form a band!", "What a talent", are some of the comments.

PHOTO | "You deserve much more": Adrian Gadza gave his mother a 20 euro car

VIDEO | Based on a true story: A new creepy series is coming to Netflix

Baka Prase to the police: The famous YouTuber was questioned by law enforcement on narcotics

Big weekly horoscope (3-9.10/XNUMX): Leos will have love adventures, and Tauruses will be gossipy