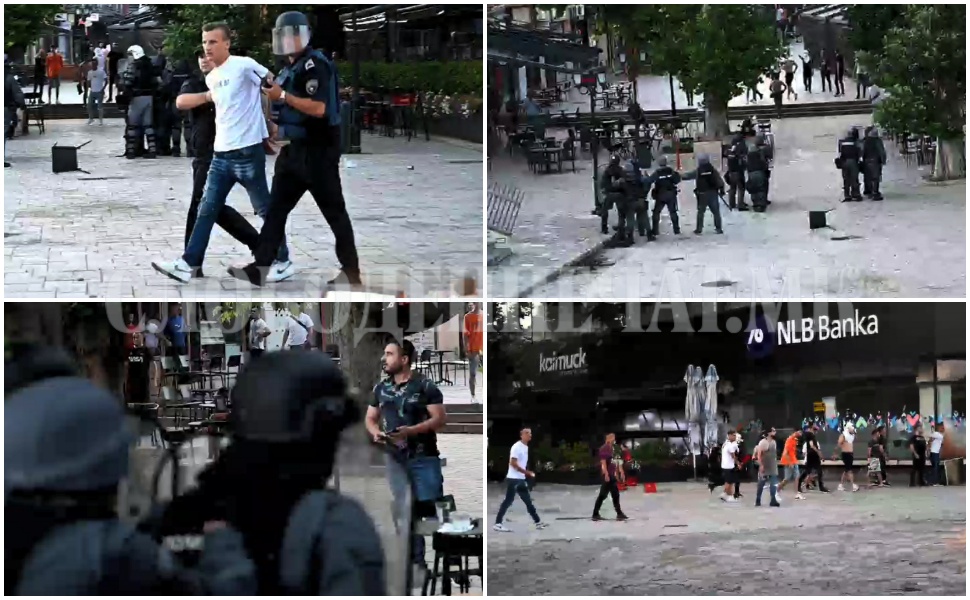 Tonight's was a little lacking incident the protest against the French proposal, which happened when a group that came from the Old Skopje Bazaar started throwing stones, bottles and other objects at the crowd, escalated into an open conflict between the two sides.

After a few dramatic minutes, in which together with the stones, curses and vulgar words were exchanged, as well as nationalist slogans, a large number of policemen arrived, who separated the two sides and arrested several people.

The team of "Sloboden Pechat", reporting from the protest, noticed several people armed with guns among the provocateurs.