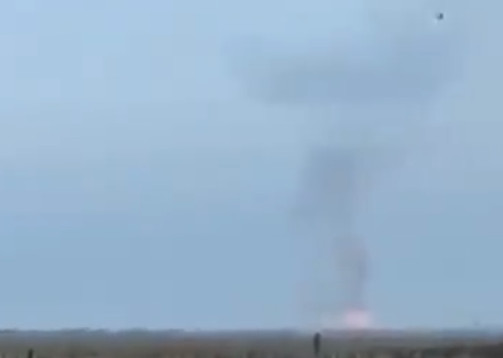 New explosions are heard this afternoon from Simferopol, the southern part of Crimea.

The former spokeswoman of the Ukrainian president, Yulia Mandel, said that the explosions were at the Russian military base in Crimea.

This morning there was information about two people who suffered minor injuries in a series of explosions, caused by a fire that engulfed an ammunition warehouse near the settlement of Maysko in the Dzhankoy district of the Crimean peninsula. Due to the explosions, around 2.000 people were evacuated from Majsko

🇷🇺 do not comply with fire safety. - Yuri Ignat, speaker of the Air Force of the Armed Forces of 🇺🇦.

Details: "Dzhankoy (Crimea) is another airfield where the 🇷🇺 have concentrated attack helicopters and other military equipment."