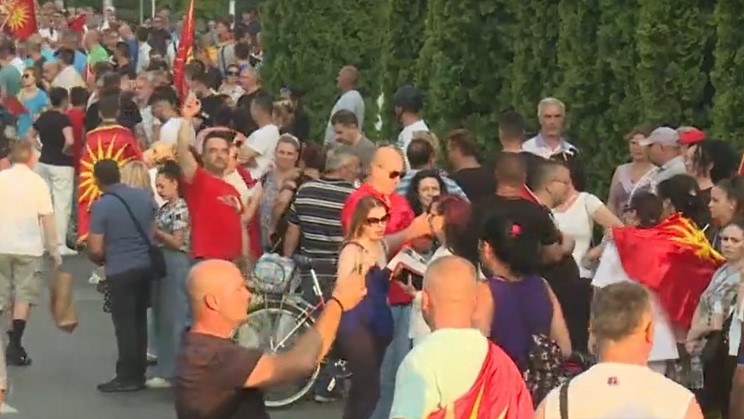 Tonight, for the third day in a row, a mass protest of the opponents of the so-called "French proposal" for the settlement of the dispute between Skopje and Sofia and the beginning of Macedonia's negotiations for EU membership is being held in front of the Government.

Under the motto "Ultimatum - No Thanks!", several thousand protesters gathered today.