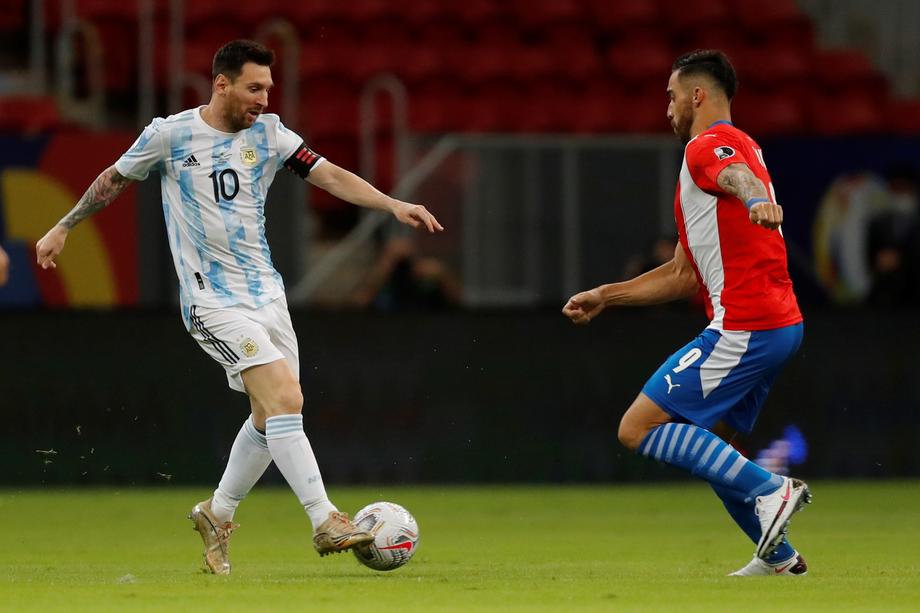 Argentina players celebrated over Paraguay with 1: 0 in the third round of Group A of the Copa America. With the second victory in a row of 1: 0, the "Gauchos" lost the first place in the group with seven points and secured a place in the quarterfinals.

The only goal of the match was the work of the Sevilla player, Alejandro Papu Gomez in the 10th minute of the match after the assistance of Angel di Maria.
ДCaptain Lionel Messi had additional reasons to celebrate who played 147th game for the national team thus leveling with Javier Mascherano on first place in the eternal list of the number of appearances for the national team.
The Argentines did not dominate the match, they left the possession of the ball to the opponent, but thanks to Gomez's goal they came to the victory and the three points.
In the next round, Argentina will play against Bolivia, which is defeated in the first matches.

VIDEO: Dzeko directed a turnaround for Inter in Florence

Two options less for Laporta, they will certainly not replace Kuman on the bench

VIDEO: Suarez did not allow a new kick by Atletico Madrid

VIDEO I Luxury mansion: See what Messi's new home in Paris looks like

Convincing defeat of the football players in the duel with Austria

FIFA has no mercy for racism, the Hungarians will play in front of empty stands