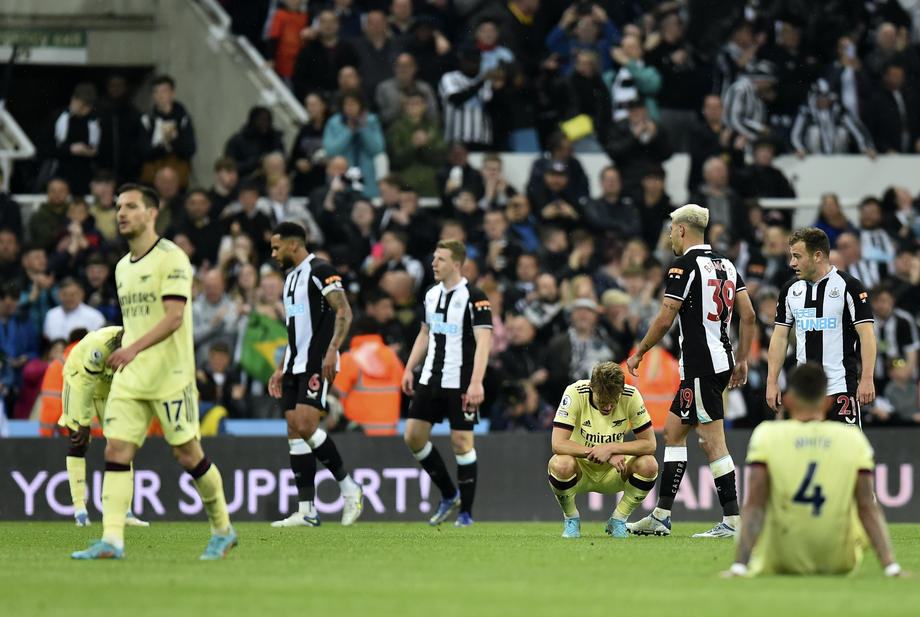 Arsenal reduce their chances of playing in the Champions League next season / Newcastle, UK / May 16, 2022 / Photo: EPA-EFE / PETER POWELL

The footballers of Arsenal today lost to the team of Newcastle with a score of 2: 0 in the 37th penultimate round of Premier League.

For Arsenal this match was very important in the race for one of the leading places in Champions League groups next season.

The "Gunners" disappointed their fans with a 2-0 defeat at the stadium "St. "James Park", and that brought joy to the ranks of Tottenham who is now in "pole position" to win fourth place.

Until tonight, Arsenal held the strings in their hands for placement in the Champions League, and now it is practically "impossible" to reach the fourth place.

In one round until the end of the season, Tottenham has 68 points, two more than Arsenal, which must beat Everton at home and hope for Tottenham's defeat away at Norwich. The fifth-placed will play next season in the Europa League groups.

Newcastle showed great performance in front of their fans, took the lead in the 55th minute after White's own goal, and the final epilogue was set by Guimaraes in the 85th minute. Newcastle after 12 triumphs is on the 12th position with 46 points.