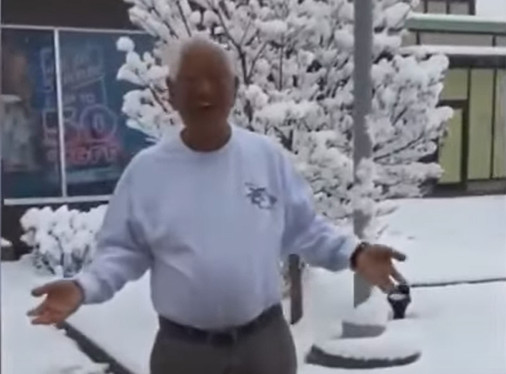 The U.S. National Weather Service has issued a snowstorm warning in Hawaii, which is not the case in any other part of the United States.

Snow began falling on higher ground in the tropics on Friday, and meteorologists issued a blizzard alert for winds of up to 160 miles per hour [30 km / hr]. Snow cover of about XNUMX centimeters is expected on the mountain tops of the Big Island.

Hawaii's climate is tropical and there are usually no major temperature differences throughout the year in the past 100 years, temperatures between 25 and 29 degrees Celsius have been most commonly measured. The Meteorological Service now warns citizens not to go to higher places on the islands, where harsh and even dangerous weather conditions are expected.

The storm also brought rain to the region, which is good news for the Big Island of Hawaii, which has been hit by a severe drought in recent months. The Meteorological Service also issued a warning for possible torrential rains.

Austin: Conflict in Ukraine is not inevitable

British analysis: If sanctions are imposed, Europe will lose much more than Russia

VIDEO: The Challenger disaster in front of the eyes of the audience and viewers from all over the world

Putin: The West has not answered the key questions that concern Russia

Due to the high bills, Austria gives 150 euros to all citizens, and 300 to the most vulnerable