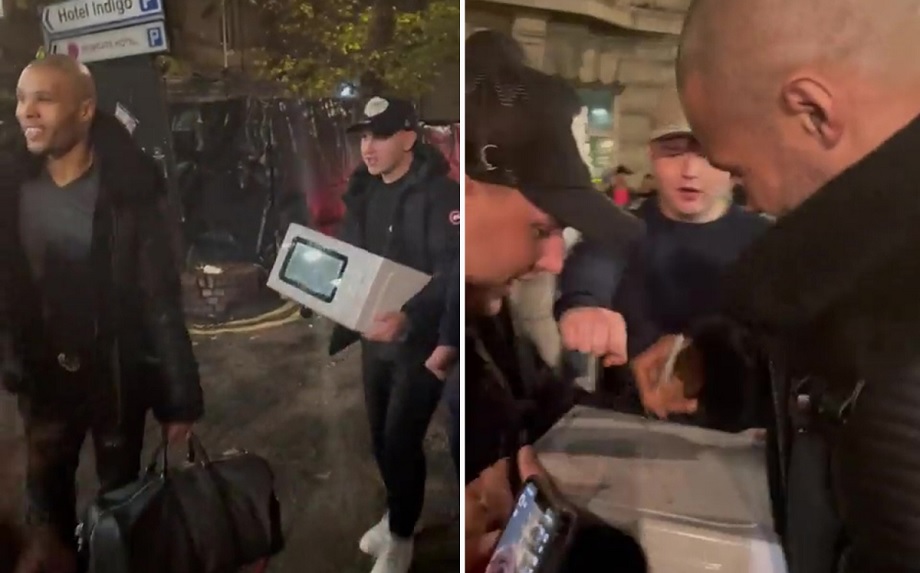 Everyone was in a miracle when the fan came with a microwave oven in front of the famous boxer / Photo: Printscreen / twitter.com / DAZNBoxing

Modern athletes are popular all over the world, and one of their constant activities is signing autographs.

Athletes usually sign on paper, T-shirts, pieces of sports equipment or sneakers, but now the popular boxer Chris Eubanks Jr. had to sign on the microwave!

He was walking the streets of Newcastle, he was immediately surrounded by a group of fans, and among them was a man with a microwave oven on which the former world champion wanted to sign!

Jubanks fulfilled that wish and now the loyal fan certainly has the most special microwave oven in the world.

Jubanks has 30 wins and only two defeats in his career and wants to fight again for the title of champion in the super middleweight category. He is in Newcastle because he has a fight with the German Vanik Avidjan.

He is a big favorite in that match, and with a possible victory there may be a chance to fight for the championship belt again.

Zaev and Gashi agreed on the program aspects, consultations on personnel decisions are underway

The owner of "Besa Trans" for BNT: Why I was not on that bus, to die too

The business thrives on fake vaccine certificates and PCR tests

Gashi drew the red lines: Alternative did not care about the armchairs, but the concepts !?

Filipce will not run for president of SDSM