VIDEO: A fan loved Ronaldo's jersey, and then was disappointed with the Portuguese's reaction 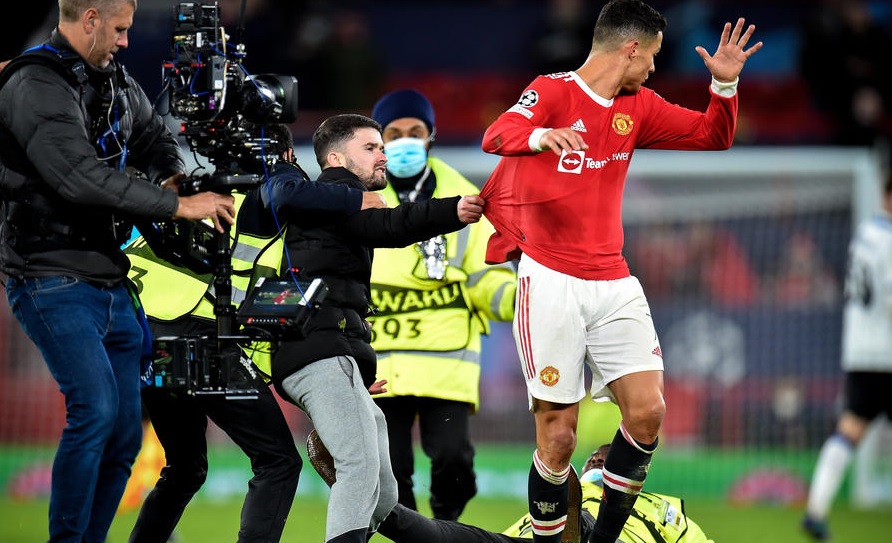 The team of Manchester United beat Atalanta with a result of 3: 2 in the third round of the Champions League after the big turnaround at "Old Trafford".

The team from Bergamo led with 0: 2, and then United turned the match in their favor in the second half, and the winning goal was scored by Cristiano Ronaldo in the 81st minute to the great joy of his teammates and fans.

For the Portuguese, it was 124 goals in his career, and after the duel he knew how to celebrate the triumph, but there was a scene that would surely cause an avalanche of comments.

Namely, one of the United fans managed to escape the guards and ran on the field to reach Ronaldo.

The mentioned fan reached the Portuguese, and asked him to give him the jersey, but Ronaldo just waved his hands, just smiled a little and continued his way to the locker room.

Good game of Vardar, but Kiel was happy with the victory

Borussia Dortmund has found a replacement for Holland, has already started negotiations with Benfica

FC Vardar raised its voice: Who and why is obviously going against us, in whose interest is the degradation of the most trophy club ?!

Christian Eriksen returned to the field, started with independent training