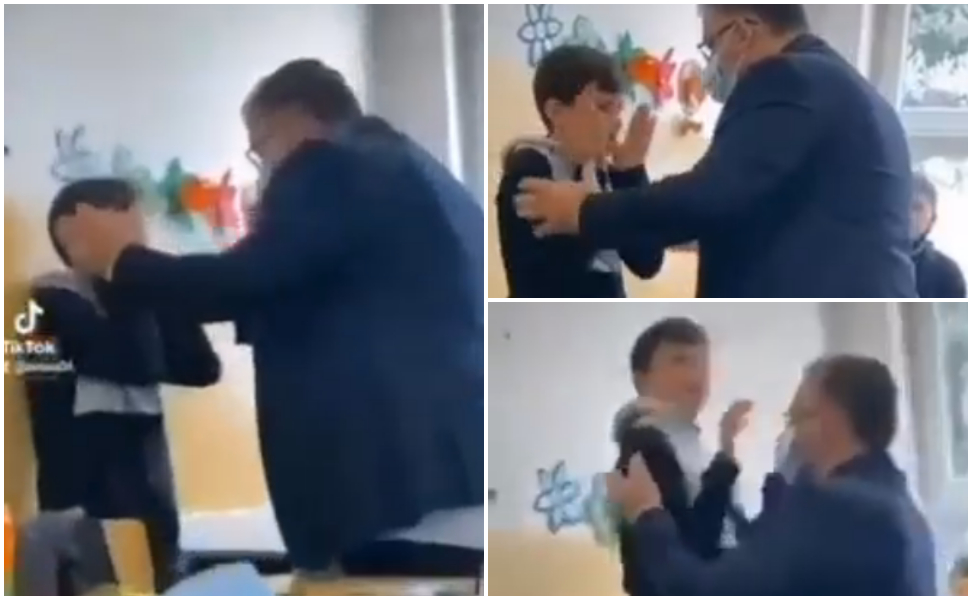 A disturbing video appeared on the social network TikTok, which shows that an older teacher from the primary school Panajot Ginovski in the Skopje neighborhood Butel, slaps a child in class, lifts him with both hands from the ground and lowers him, in front of other students in the classroom. The Ministry of Interior confirmed for "Free Press" that yesterday the principal of the primary school, in the afternoon, reported the case to the police.

The principal of the school, who has been in office for less than a year, Kamuran says that yesterday, after returning home, she saw the video on the social network, recognized the teacher and immediately reported the case to the police in half an hour.

He is an English teacher who has worked at the school for many years.

- As a principal, I will give the teacher to a disciplinary commission and we will implement what they wrote in the law, the principal told us.

Asked if the teacher would be fired, she said it was violence against a minor.

- I do not allow violence in my school. I also talked to the teacher. There is nothing to admit or not to admit, there is a video. I finished my work most responsibly and reported to the Ministry of Interior. I tried to get the child's parents, but they were on their way and did not answer my call. A disciplinary commission will follow. The student is in 7th grade, and the teacher is in English, she added for "Free Press".

VIDEO | Kovacevski: The state will not allow a price shock