VIDEO | Qatar's most powerful man waves to a ravishing Brazilian fan, his wife's reaction is a hit 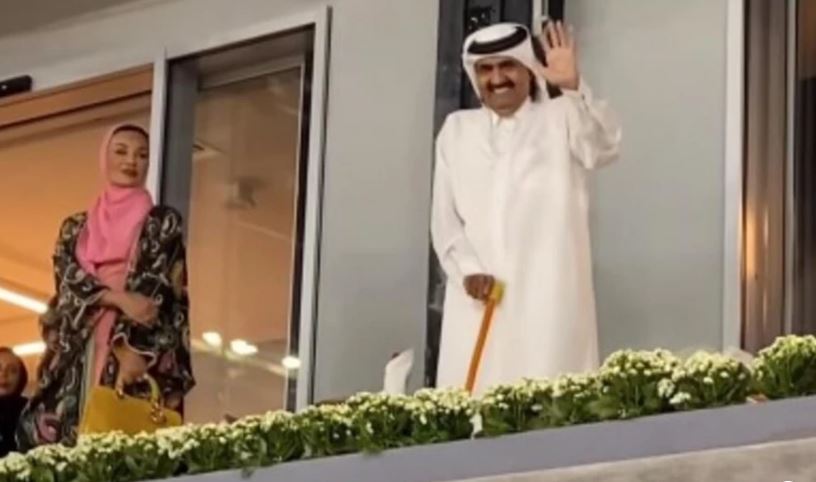 The FIFA World Cup in Qatar has really heated up, and apart from the happenings on the field, those in the stands also attract a lot of attention on social networks.

A cute video of Sheikh Hamad bin Khalifa Al Thani waving to a Brazilian fan which at that moment was recording the lodge, and the whole moment was followed by one of the his wives, Moza bin Nasser.

Mozi bin Nasser was not delighted with this move by the former emir of Qatar, so she did something that the whole world is talking about.

All this happened in the match between Brazil and Switzerland, in which the team from South America managed to register three new points, leaving Serbia in the game for the knockout stage.

By the way, Sheikh Hamad bin Khalifa is one of the most powerful people in Qatar, he has three wives and 13 children!

He has been the emir of Qatar since 1995, when he replaced his own father in a coup d'état, and in 2013 handed over the post to one of his sons.

In 18 years of rule, Qatar became one of the richest countries in the world as it increased its gas production to 77 million tons per year. During his reign, the per capita income was as high as $86.440.

Hamad is a member of the Al Thani family, the Qatari royal family. He became the Emir of Qatar in 1995 and was succeeded in 2013 by his fourth son, Tamim bin Hamad Al Thani.

He founded the Qatar Investment Fund and by 2013 they had invested about 100 billion dollars in various companies around the world, including Siemens, Volkswagen, London Heathrow Airport, Barclays Bank, Harrods Department Store, as well as oil "Shell" company and in the football club Paris Saint-Germain.

According to Forbes, his fortune is about 1,2 billion dollars.

Scientists from China have cloned three "supercows", they can produce a large amount of milk

The worst cities in Europe: Here is which Macedonian city has been declared as such

VIDEO | 10 mummified crocodiles discovered in a tomb in Egypt

VIDEO | While repairing a sewer in Rome, a statue of Hercules was found

PHOTO | "Suffering for beauty": Engineer (45) spends 2 million dollars a year to have the body of an 18-year-old