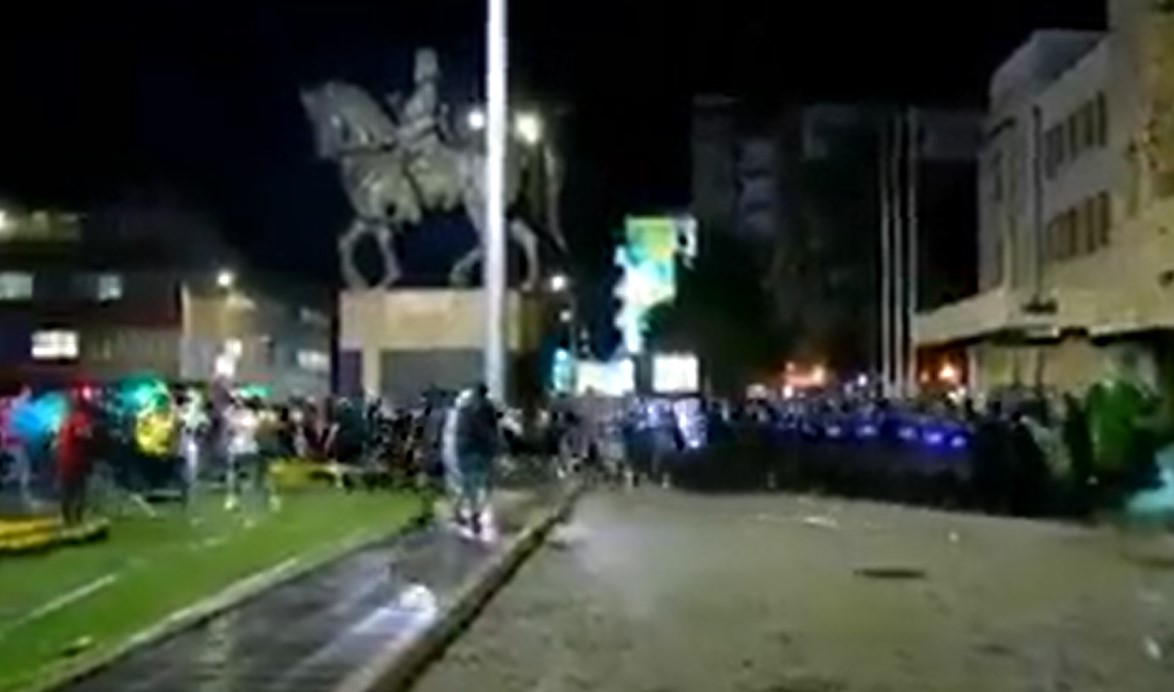 Tensions, violence, incidents and arrests were seen tonight in front of the Parliament, at the protest organized by the opposition against the French proposal. After a small group of protesters demolished the protective fence and found themselves face to face with the cordon of policemen in front of the entrance to the building, the demonstrators started throwing all kinds of objects at the special officers and at the Assembly.

After about half an hour, the police received an order to suppress the crowd, and the moment when the special forces started to "charge" was recorded by the camera of Television 24:

According to unofficial information, at tonight's protest in front of the Parliament, several police officers were injured, and four demonstrators were detained.