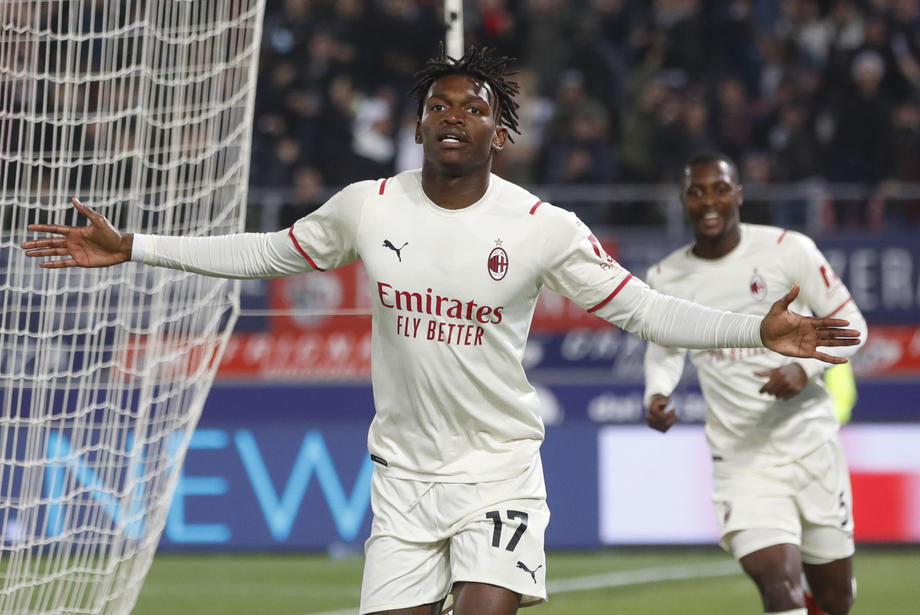 Milan climbed to the top of the table with the victory over Bologna / photo: EPA-EFE / ELISABETTA BARACCHI

The players of Milan in a dramatic match from the ninth round of Serie A as guests defeated Bologna with 2: 4 and at least for 24 hours will be at the top of the table with 25 points, one more than Napoli who will visit Roma tomorrow.

On the other hand, Bologna suffered its third defeat this season and remained in ninth place in the table with 12 points won.

The "Rossoneri" took the lead in the 16th minute with a goal by Rafael Leao after the addition of Zlatan Ibrahimovic. Just four minutes later, new problems for Bologna as Adama Sumaro received a red card after a foul on Rade Krunic. Milan went on vacation with a 0: 2 advantage after Calabria's goal.

At the start of the second half, Milan star Zlatan Ibrahimovic restored Bologna's hope with an own goal in the 49th minute. Only three minutes later he managed to equalize at 2: 2 with the goal of Musa Barrow.

But, in the 58th minute, a new shock for the home players, Soriano roughly started over Toure, after which the referee, in consultation with VAR, gave a red card to the Bologna player.

The advantage of two more players, the "Rossoneri" used in the finish, first Benasser scored for 2: 3, and Ibrahimovic in the last minute of the match set the final score.

#Milan #series a #Bologna #recommended
Сподели
Video of the day

Kuzmanovski brings Hannover back to winning ways in the Bundesliga

VIDEO: Fred is the hero in Rangnik's debut with Manchester United

PHOTO + VIDEO: Rakip won the title with Malmo - invasion of the fans on the field in Sweden!