VIDEO | Mickoski from Stip: The time of ours and yours is over - now is the time for the new future 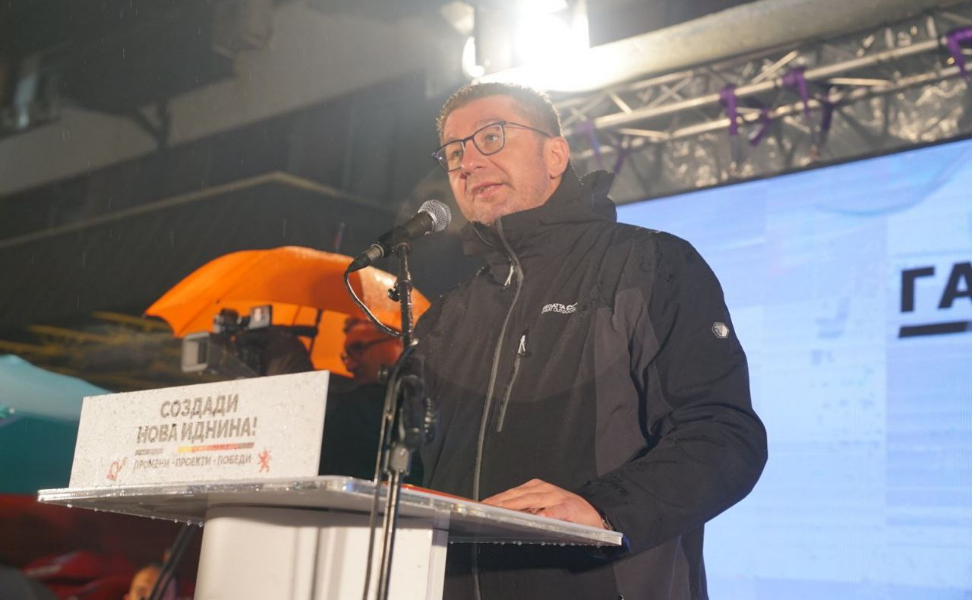 The leader of VMRO DPMNE pointed out that the local elections are a decision in what future the citizens want to live / Photo: VMRO-DPMNE

The last day of our campaign is not in vain here in Stip, because Stip was the crown of many changes that happened in history, and it will be the same today. We do not end in Stip, but this is the beginning, marking the beginning of our battle for change, and creating a new future, in the battle for the values ​​we believe in and commit to, said the president of VMRO-DPMNE, Hristijan Mickoski at the final rally from the City Square in Stip.

According to Mickoski, the time of change and creation of a new future begins. He added that after 19 days of campaigning, all citizens will win.

- We will win because this time it is clear that Macedonia is on its feet, and will not allow absolute power in the hands of irresponsible people, to spend another four years of our lives together. All these people are looking for a piece of dignity for themselves, solving their problems, responsibility, security and happiness in their lives, said Mickoski.

The leader of VMRO DPMNE pointed out that the local elections are a decision in what future the citizens want to live.

- We have a state, but we do not have collective successes. We have dreams today, but we have power that limits individual potential to become a collective victory. We do not have a healthy system, but we have distorted values. That is why I am leading this battle, because we need a future in which we will all succeed without exception, says Mickoski.

He said that victory is within reach, that this is where the end of the government of SDSM and Zoran Zaev begins and the creation of a new future comes, so he urged the citizens of Macedonia not to bow their heads as the government wants but to proudly go out on October 17 and vote for change.

- People of Macedonia, Macedonians, Albanians, Turks, Roma, Vlachs, Serbs, Bosniaks, you must know that my battle is also your battle, and the whole is the same for us. Take part in creating a new future. This is our generation that will fight for change, that will achieve the sons we believed in and dreamed of, said Mickoski.

He stressed that going to the polls is the best answer to the bribe made by the government these days. He added that there are no impossible things, it takes steel will and faith, and our struggle is for the present and future generations after us, valuing the sacrifice of our parents, and the desire for success of our children.

The President of VMRO-DPMNE, Hristijan Mickoski from tonight's central rally in Stip, emphasized that the time of divisions is over, the time of ours and yours is over and that now comes the time of the new common future, time of unity, time of a better future for all citizens of Macedonia.

Tonight, the candidate for mayor, Ivan Jordanov, presented his program.