VIDEO | Mickoski to Kovacevski: If the government collects 80 MPs, then I will permanently leave politics 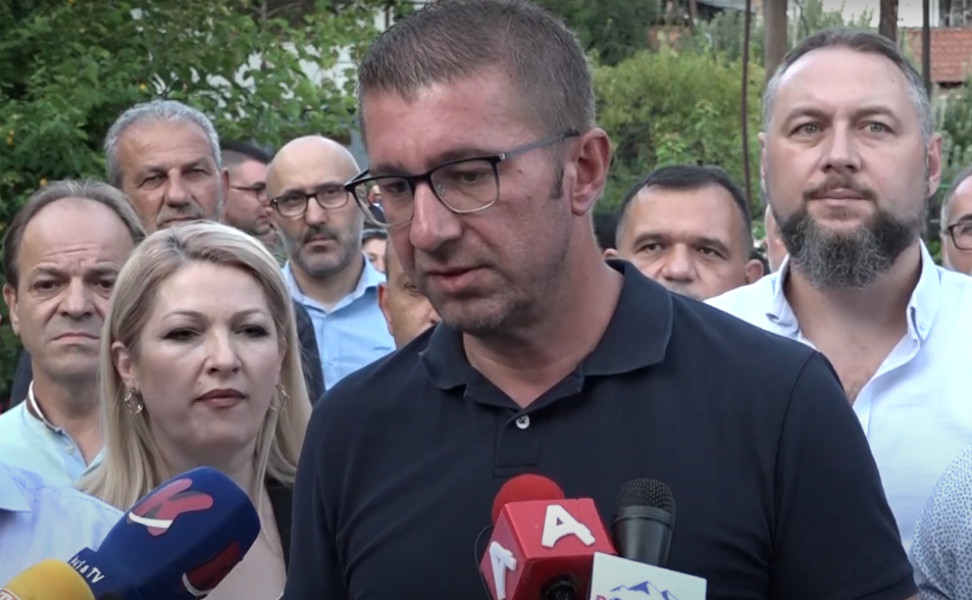 The President of VMRO DPMNE, Hristijan Mickoski asked the government to schedule the session of the Parliament for constitutional amendments immediately after the vacations. If more than 80 MPs vote for amendments to the Constitution in order to include Bulgarians, he said that the next day he will withdraw from politics forever. But otherwise, he demanded early parliamentary elections.

"I said yesterday that I believe in every deputy from the parliamentary group led by VMRO-DPMNE within the Parliament that under these circumstances they will not vote for changing the Constitution and that if such a thing happens I will leave politics permanently. Because I have complete trust in everyone. Here today we will take a step forward here in Tetovo, a message to the Government led by DUI and SDSM and Dimitar Kovacevski, immediately after the parliamentarians return from their annual vacation, that the first item of the first session in the Parliament should be a proposal to amend the Constitution of Macedonia and if it gather 80 MPs, I will fulfill the promise on the same day. If he does not have 80 MPs, then let's go to early parliamentary elections," Mickoski said during his visit to Tetovo.

Today and tomorrow he has meetings with the coalition partners to clarify the issue of the referendum and the possible session for constitutional amendments.

"I had meetings with four of the coalition partners. I will continue tomorrow during the day also with consultations until we consult with all coalition partners, then within the party, the Executive Committee, etc., after the Parliament is functional we will come out with a final position regarding the referendum, but I think that the position is clear and repeated several times," Mickoski pointed out.

In Tetovo, Mickoski joined the campaign for extraordinary elections for the Council of Tetovo and held meetings with citizens.