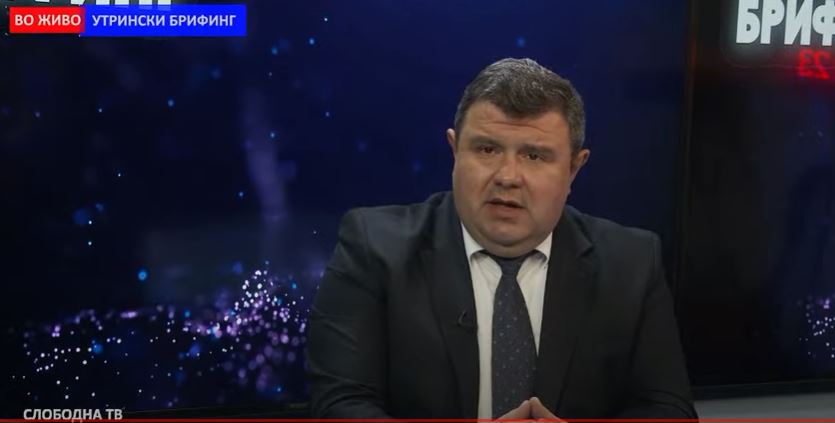 There are different aspects of accession on both sides, the Bulgarian and the Macedonian. I see the form, but not the essence. "If we are only dealing with problems such as border crossings and the airline, then we are in the wrong direction," he told the Morning Briefing. Nikola Micevski, coordinator of the parliamentary group of VMRO-DPMNE.

- If we have good will as two countries that want to cooperate economically, the Klepalo border crossing is not the essential problem that needs to be solved. I am also skeptical about the railway to Bulgaria, which will supposedly be ready by 2027. I hear that there will be cooperation in agriculture and in small and medium enterprises. But, since the beginning of the refugee crisis in 2015, we have a problem that Bulgaria does not want to sign the agreement with Frontex to help us, says Micevski.

VMRO-DPMNE is in a rush to provoke early elections. After failing to overthrow the government, you are now looking for new elections.

- My personal opinion is that we would be more transparent. It is inadmissible for me, as the coordinator of a third of the MPs, to receive information from the media. The government and Prime Minister Kovacevski are not in a comfortable position to be able to decide without an opposition party that has 44 MPs, says Micevski.

He adds that the MPs should first be informed and that inter-ministerial commissions should be held, at which the ministers will inform the MPs, who will then inform their voters. For key issues we must function with consensus, not with emotions, Micevski commented.

Macedonia has long received a recommendation to start negotiations with the EU, but because of Bulgaria nothing is happening.

- The new prime minister, if he wanted to gain full legitimacy, could have called early elections. If he wins the election, he will have the legitimacy to resolve these issues. Deputy ministers do not participate in elections, they are elected later, says Micevski.

However, Hristijan Mickoski did not run in the elections, regardless of the fact that he participated in them as Secretary General. VMRO-DPMNE is now trying to annul the part of the Law on Government that refers to the "Przin", technical government 100 days before the elections.

- VMRO-DPMNE believes that the reasons for such a government no longer exist and we submitted on Monday the proposal that I gave to the other coordinators of parliamentary groups for inspection. We expected at today's session that it be on the amended agenda, says Micevski.

"Now the process of forming a government takes more than 100 days and we have to return to the constitutional deadline of 40-45 days to form a government and that is the reason why we submitted this request," Micevski told the Utrinski briefing. He adds that his party is also open to talks on the Electoral Code and that the request of smaller parties for one constituency should be considered.