VIDEO: Memory announces a spectacular concert on June 11, worth remembering 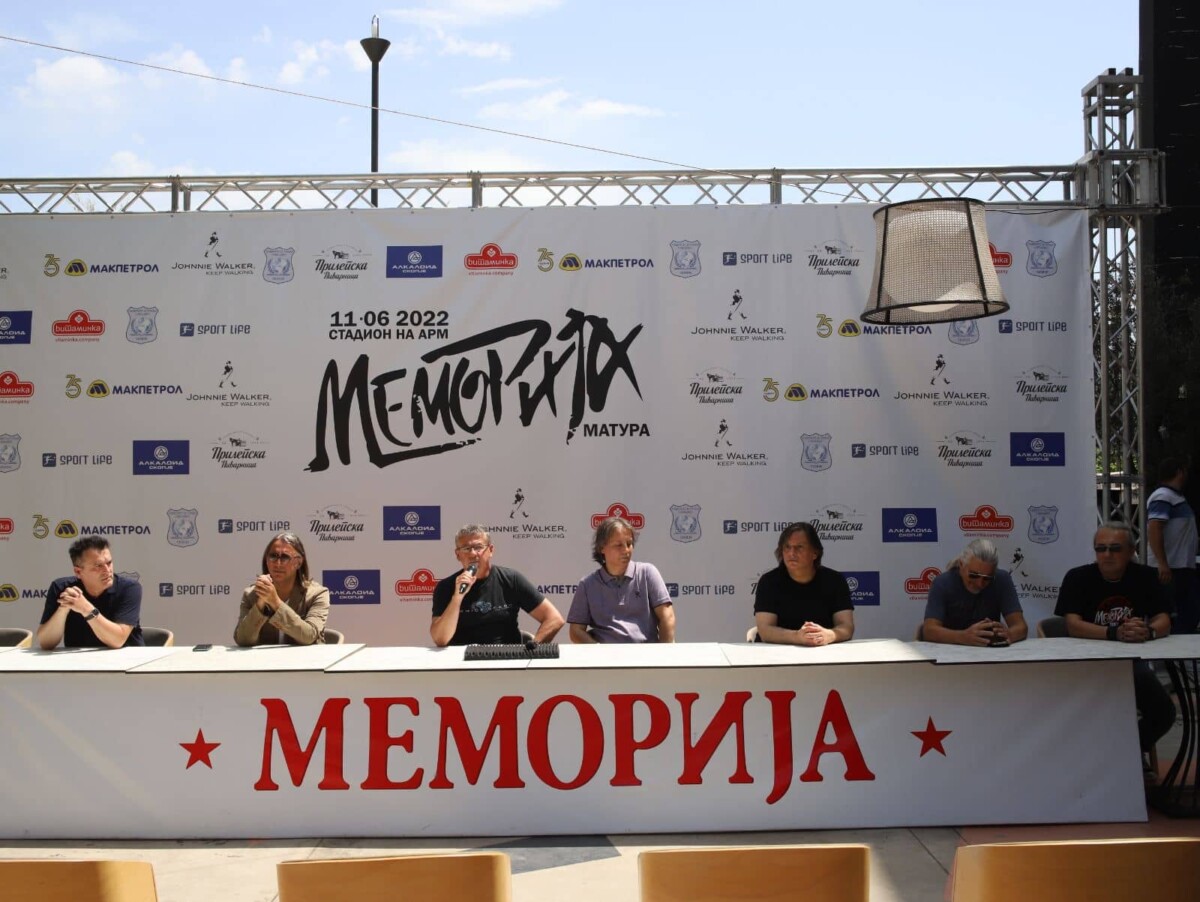 Second press of the group Memory in anticipation of the concert / Photo: Memory

The cult Skopje music group "Memory" announces an open-air spectacle for June 11th. Tickets for the concert at the ARM stadium are on sale, and as Petar Georgievski announced for the older generation of fans of the group, 150 seats are provided, but they are also on sale. Memory and this time as in 2017 in the Metropolis Arena will play and sing for all generations who followed the musical opus through the decades of existence of the Macedonian music scene.

- We want to set new standards for all future artists who will hold concerts at this stadium. We have provided a platform to enable people with physical disabilities to attend the Memory concert, in collaboration with the Mobility Association, and we expect that example to be followed by other musicians. This time, a number of Macedonian artists and groups such as Lambe Alabakoski, 2VE, Next Time, Moral, Last Expedition and Concord will perform as a pre-group of Memory. Sead specially arrived to perform "High Heels and Black Socks" together. Only Macedonian music will be played, Pero Kamikaza is decisive.

The representative of Mobility publicly thanked the guys from the band for the accessibility provided for people with physical disabilities.

- Music has no limits, we all listen to it. "So far we have had a problem with that empty accessibility at the concert, but now it is great to provide a platform for the physically disabled and I hope that other musicians and bands will follow this example of Memory," she said.

Poce, Valentino, Risto, Davor who arrived specially from Canada for the concert and Micho from Ohrid, these days are intensively preparing for the concert in the studio "Tomato" of their colleague from the band Bane Popovic.

They did not want to reveal all the surprises planned for this concert, but announced that there would be more.

- At the rehearsals we sound like a record and it is exactly as it should be, jokes Valentino Skenderovski.

"We are striving for technical perfection and the audience will see that," said Pero Kamikaza, thanking the sponsors who provided it.

Risto Samardziev sang the cult "Dirlada" together with the trumpeters as an invitation to the concert and a reminder of the great hits of Memory.