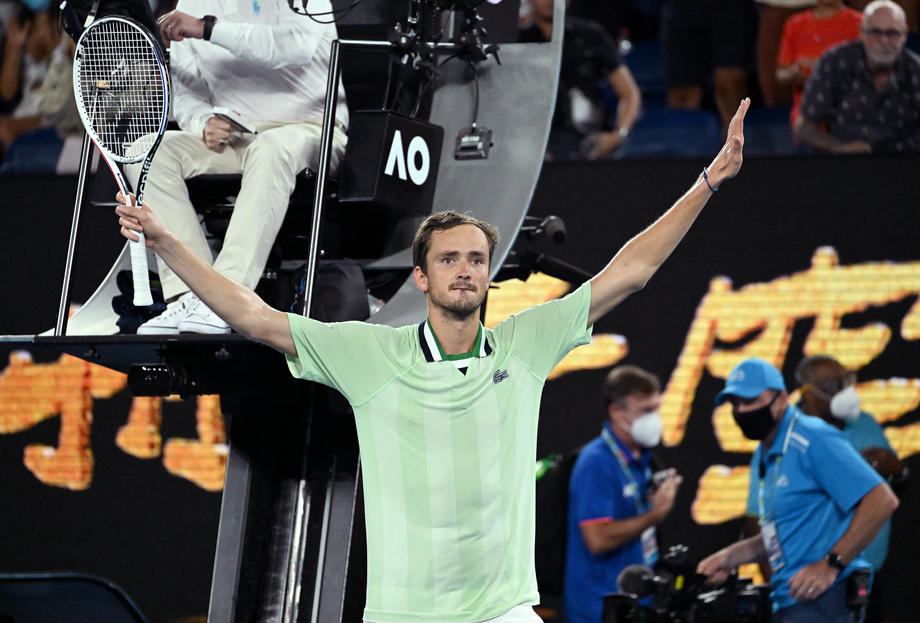 The sword in Rod Laver Arena in Melbourne lasted just over four and a half hours, the Russian will play against for a place in the grand final Stefanos Tsitsipas who previously eliminated Yannick Siner.

The first set was decided in the "tie break" which belonged to the Canadian with 7: 4. Oze-Aliasim continued to play great in the second set, which he won 6: 3, with a realized "break".

Then followed Medvedev's winning turn, the third set brought another big drama, and the Russian tennis player won it in the "tie break" with 7: 2.

In the fourth set with a result of 5: 5, Oze-Aliasim had a match ball on the serve of Medvedev, but the Russian defended it, and then in the next game he made a "break" and won the set with 7: 5.

Medvedev made a "break" in the third game of the fifth set, which was enough for him to win the set with 6: 4 and continue to the next phase of the competition.