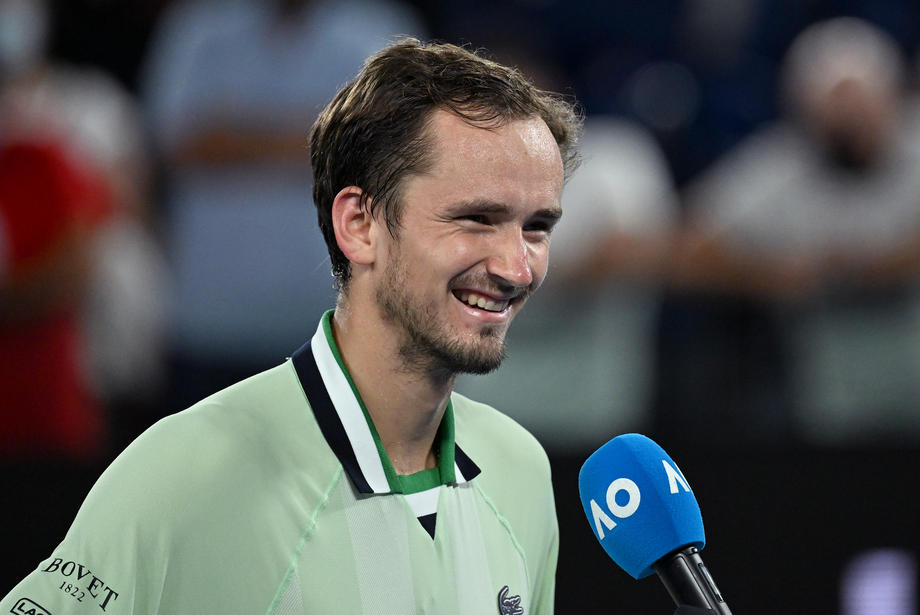 Danil Medvedev defeated Felix Oze-Aliasim in the quarterfinals and will play against Stefanos Tsitsipas for a place in the grand final.

"The second world racket is two steps away from winning the Grand Slam tournament."Australian OpenIn Melbourne.

His biggest rival was supposed to be the best tennis player in the world Novak ковиokovi., but he was already deported from the country due to the fact that he was not vaccinated against covid-19.

But Medvedev has great respect for Nole, so it was after the match with Oze-Aliasim and explained how he managed to come back from the negative.

- I do not know if the audience will like what I say, but I wondered when it did not work: "What would Novak do at this moment?" said Medvedev in an interview with Jim Courier after reaching the semifinals.

The reactions of the audience to the mention of the best player in the world were different, and whistles were heard.