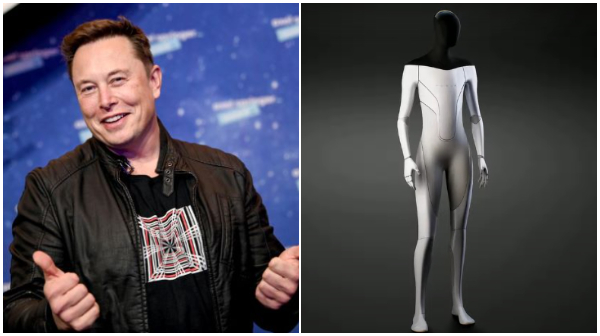 "Tesla is probably the largest robotics company in the world, because our cars are semi-sensitive robots on wheels. "Somehow it makes sense to put it in humanoid form," said entrepreneur Elon Musk.

After dominating the electric vehicle market and entering the space race, the owner of the company "Tesla", Elon Musk has announced a new field he wants to conquer - humanoid robotics.

The entrepreneur said a few days ago that he will have the first prototype of the androgenic "Tesla Bot" by next year.

Based on the same technology as semi-autonomous vehicles, the robot will be able to perform basic tasks aimed at eliminating the need for people to do dangerous or annoying things, Musk said at an online event on Tesla 's advancement in artificial intelligence.

"Tesla is probably the largest robotics company in the world, because our cars are semi-sensitive robots on wheels. "Somehow it makes sense to put it in humanoid form," he said.

Musk promised his future robot will be benign. He said that "Tesla bot", will have hands with five fingers и will be black and white, will be in a "friendly" mood and will be constructed in such a way that "you will be able to escape from it and probably overcome it".

"Hopefully that will not happen, but you never know," he joked.

Musk, Forbes' second-richest man in the world, told the conference he believed robots would take over physical labor.

"I think physical work will be a choice in the future," he said.

As CEO of Tesla, Musk transformed the company from a start-up company to a company that "dictates" the pace of the electric car industry. The company announced in July that quarterly profits exceeded $ XNUMX billion for the first time.