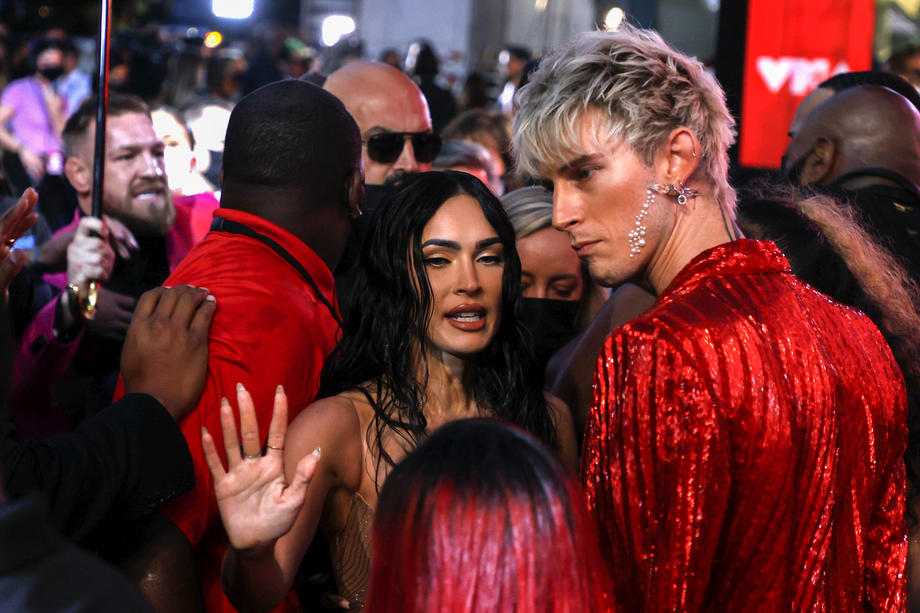 Machine rapper Gunn Kelly told Jimmy Fallon on the show how in the early days of his relationship with Megan Fox he wanted to impress her and do a classic nonsense.

"The knife on which the name of the new album was engraved was suggested to me by Travis Baker. I wanted to impress Megan and I threw it, and the blade stuck in my hand. "I looked at her, I pretended to be cool, and as soon as she left, I knew I had to go and be sewn up immediately," he said.

Kelly also told the story of his injury when he played ping pong with Post Malone and fell off the stage at a concert, trying to lift Pete Davidson in his arms. Index.hr

As a reminder, Megan Fox was married to Brian Austin Green for a decade with whom she had three sons. When she met Machine Gun Kelly, Megan divorced and claimed that the rapper had always been her soulmate.

No wonder it is so, Machine Gun Kelly in the interview with Fallon wears a T-shirt with her face printed on it.