VIDEO: Macedonian influencer arrested on Mykonos as part of a Skopje dealer clan 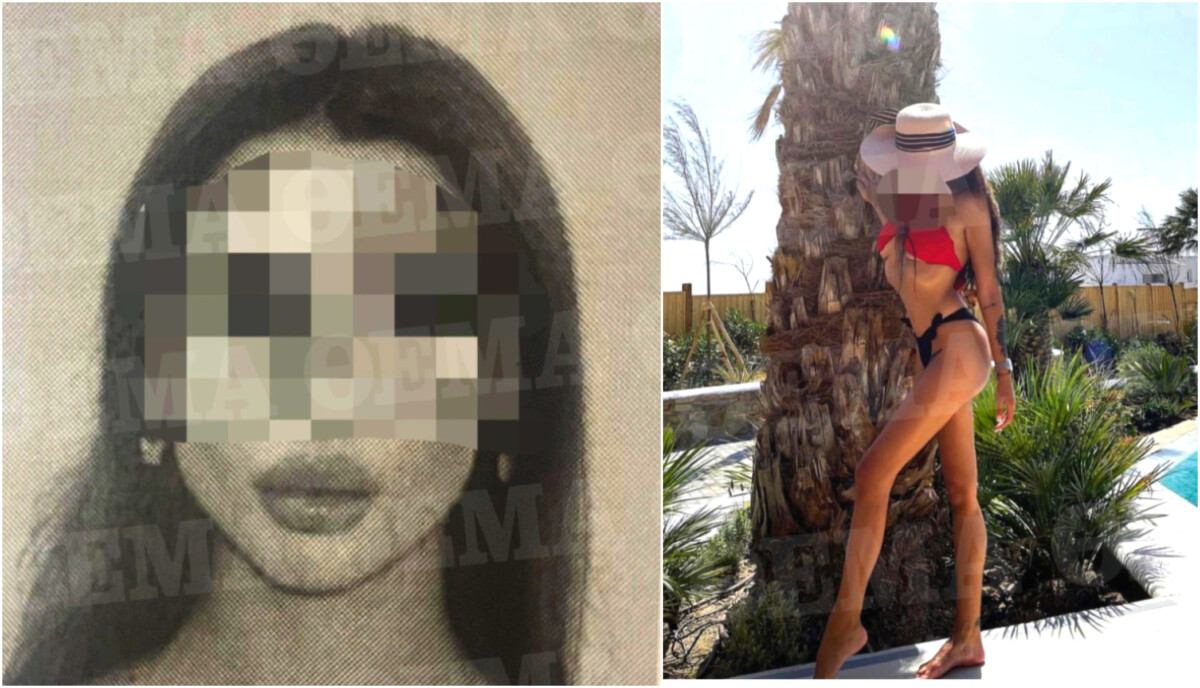 The daughter of a politician, a young model who was a member of the gang was arrested together with a famous Lebanese DJ who lives on the island of Mykonos, writes the Greek portal Prototheme posting a series of photos of a girl he claims is a model from Macedonia.

- A well-known influencer from North Macedonia, the daughter of a politician from a neighboring country, was arrested on Mykonos for participating in a criminal organization that distributed cocaine and HTC in night clubs on the island of the winds, writes Prototema.

In the criminal circle that was "destroyed" by the security forces of Mykonos, as Protothema reveals, in addition to the "explosive 21-year-old blonde, a 34-year-old leader of the Skopje cartel, his right-hand man - a 35-year-old compatriot, as well as a famous Lebanese DJ who comes from a well-to-do family, with a permanent residence in Athens, who spends the summer in Mykonos and bought cocaine from the Skopje gang".

- The experienced officers of Mykonos Security managed, based on the information received, to track down the Skopje dealer circle whose members posed as companions and served cocaine to the clientele of the cosmopolitan island, the portal writes.

According to information about the case presented by protothema.gr, the police had been monitoring the group for some time. According to the information of the portal, the team from Skopje had different roles in the procurement and distribution of the narcotic drug.

- In particular, the 34-year-old as the leader of the clan, on his orders and under his guidance, directed his accomplices where to keep the drugs, as well as the way to make them available on the market and collected the money from sales, while 35- year old with the help of the impressive 21-year-old influencer, whose father is a politician from the neighboring country, and whose mother is a lawyer, found the clients, the portal announces

They further write that "the experienced police officers of Mykonos Security have set Wednesday morning as the day of the raid "to catch those involved in the ring and put an end to their activity".

- They have been monitored since early morning after learning that the "three" dealers were preparing suitcases to move from the accommodation where they were staying to an unknown direction to cover their tracks, so they decided to intervene. At 14:55 while the leader's right-hand man riding a rented motorcycle went to meet him at a shop in Kluvas where he was with the blonde influencer, they raided and arrested them. During the search carried out by the police, the following quantity of drugs was found and seized: 437 XTC tablets, 220,3 grams of cocaine, 270,9 grams of methamphetamine, 159,4 grams of cannabis. The investigation to identify their contacts continues, the portal writes.

They were betrayed by the Lebanese DJ

"In the police action, the authorities also arrested a Lebanese DJ who was a client of the Skopje cocaine cartel. The 36-year-old resident of Athens, who comes from a well-to-do family and usually vacations in Mykonos, was in possession of 3,7 grams of cocaine. "In fact, in the statement he gave to the police, he claimed that he got the drugs from the criminal group," the portal writes.

Who is the 21-year-old influencer from Macedonia?

In addition to this news, the Greek portal also published a series of photos of a young influencer which, according to the "Free Press" check, were taken from the profile of a certain Ole P. but her initials are not listed in the post on the portal titled "Mykonos: Cocaine "cartel" from North Macedonia discovered - among them a 21-year-old influencer".

Ole, whose photos appeared on the Greek portal, is a young Macedonian model who has a successful career as a model and fashion model, and who was called the "Macedonian Paris Hilton" after she did a hot photo shoot on social networks in the creations of a famous Macedonian designer last November. According to unofficial sources, she is the daughter of an ex-MP from VMRO-DPMNE and ex-mayor of Veles.