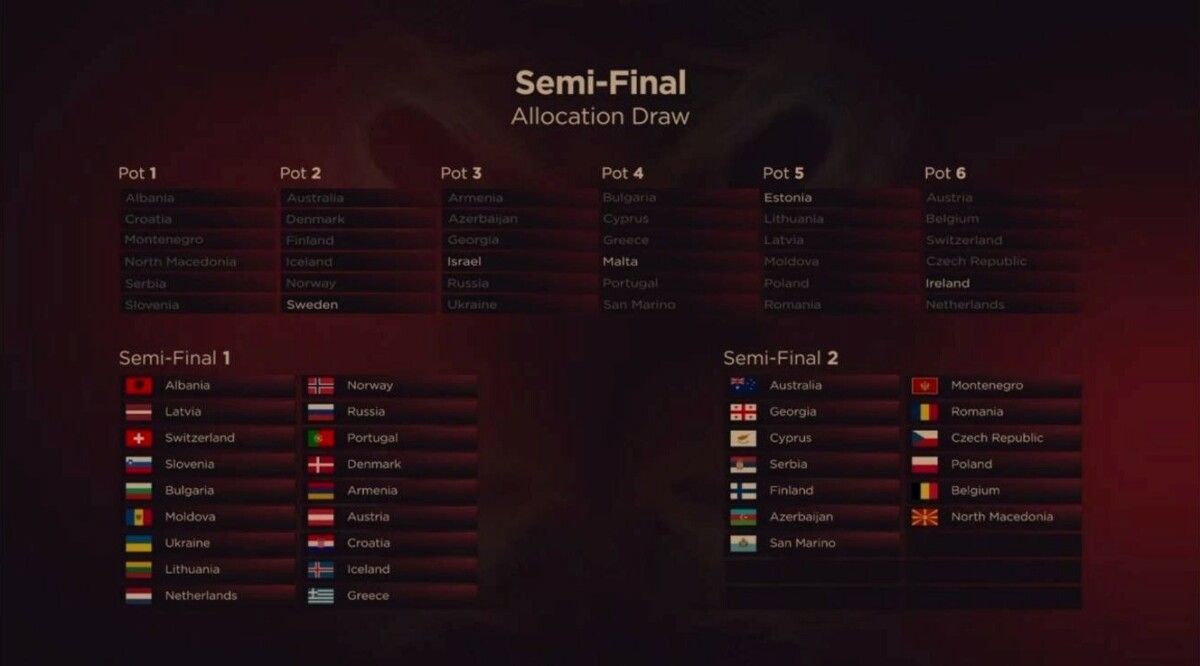 The organizers of Eurosong Yesterday, through a live broadcast, they drew which countries will be in the list of appearances in the first semifinal, and which in the second.

Macedonia won the second semifinal for the Eurovision Song Contest, which will be held in Turin in May 2022.

The selection of the first semi-final night includes the countries:

The Macedonian representative will participate in the selection of the second semifinal night, and the countries will enter:

Joke of the day: Olives