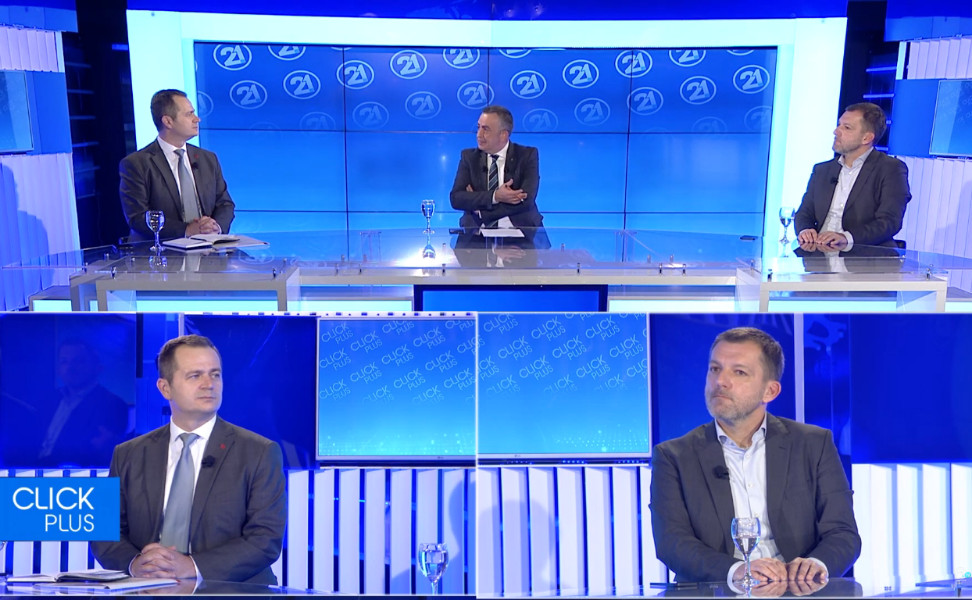 Dragan Kovacki from VMRO-DPMNE in his guest appearance in the debate show "Click Plus" on TV 21 stressed that parliamentary elections are needed.

On the other hand, the director of TIDZ and a possible candidate for leader of SDSM, Jovan Despotovski said that SDSM is a serious and large political party, so the challenge and facing political opponents did not run away and will not run away.

- Now whether the state needs it, that is another question. What our political opponent sees as success, we may need to look at a little more realistically. First, our political opponent won fewer votes in the local elections than in the parliamentary elections. Secondly, it is a failure for both political parties because over 150 citizens stayed at home. This means that if we are the two largest and most responsible political parties in this country, then we should think about how we contributed to that situation and how we will bring these people back to the democratic process, says Despotovski.

The Ministry of Interior conducted an operation "Permit", discovered 60 defective buses and vans

Maricic meets with Holstein: A positive outcome in our European efforts is in sight

Radev is also satisfied with Petkov's meetings in Skopje: There are many positive signals

Twelve patients died and 1.172 new cases of covid-19 in the past day