VIDEO | Kovacevski on Zaev's influence: I will confirm my integrity through the decisions I will make 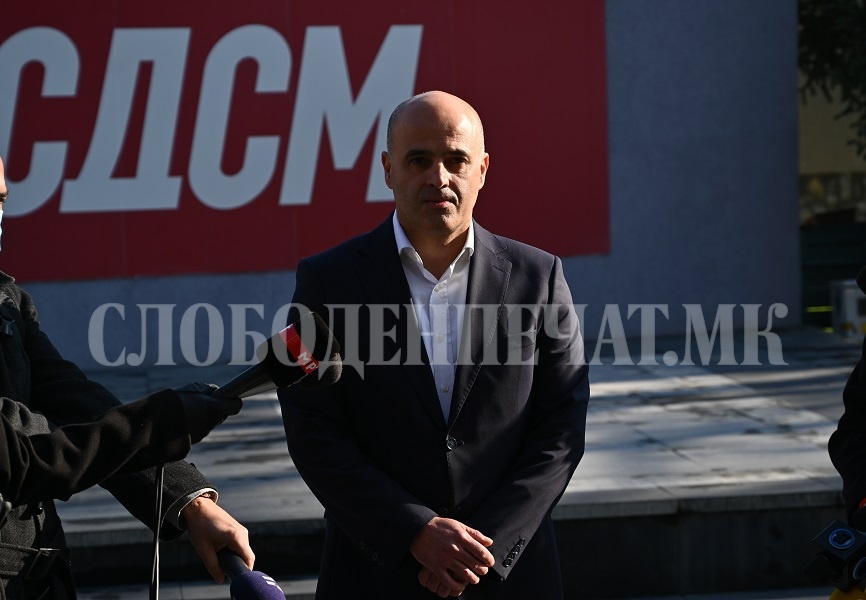 The current Deputy Minister of Finance and member of the Executive Board of SDSM, Dimitar Kovacevski today officially submitted his candidacy for president of SDSM.

- According to the deadlines, today I submitted my candidacy for president of the party, together with my vision and program - Together, responsibly and dedicatedly. The program is based on three pillars - social democratic vision and values ​​of work, economic growth and raising living standards and a fair chance and a clear system by which the best get the responsibility and chance, said Kovacevski, in front of the SDSM headquarters.

Regarding the fact that he will have a strong influence from Zoran Zaev, Kovacevski said that he will confirm his work and his integrity through his work and the decisions he will make if he is elected president of SDSM.

Answering a journalist question about the negotiations with Alternative for joining the Government, Kovacevski expressed hope that Alternative will make a positive decision, which ultimately depends on their party bodies, and become part of the government majority, because, as he said, it will provide stable a government that can solve the big problems facing the country, such as the global pandemic, the European energy crisis and the challenges of maintaining the living standards of its citizens.

Following the confirmation of the resignation of Zaev, who was the leader of the party since 2013, last Friday, November 26, the Central Board of SDSM announced the early intra-party elections, which will be held on December 12.

The procedure for candidacy for the extraordinary intra-party elections of SDSM lasts until December 3, and so far the former vice president of SDSM Frosina Remenski has submitted a candidacy.

Candidate for president of SDSM, as informed by the party after the procedure, can be any member who meets the conditions set out in the Statute and the Rulebook for holding intra-party elections, which states that a candidate for president of SDSM can run a person with at least 5 years of membership in SDSM and at least once he was elected by the Congress of SDSM as a member of one of the bodies of the party.

In the meantime, the process of active membership registration is also underway.

The right to vote in the intra-party elections, as informed by the party after the start of the procedure, has every member who will be actively registered, through the online platform on the website of SDSM or through the municipal organizations of SDSM.

VIDEO | Dr. Sofijanova: Threats are disturbing, but the professionals are doing their job

Pendarovski on a meeting with Lirman: Germany is a key political and economic partner of the country