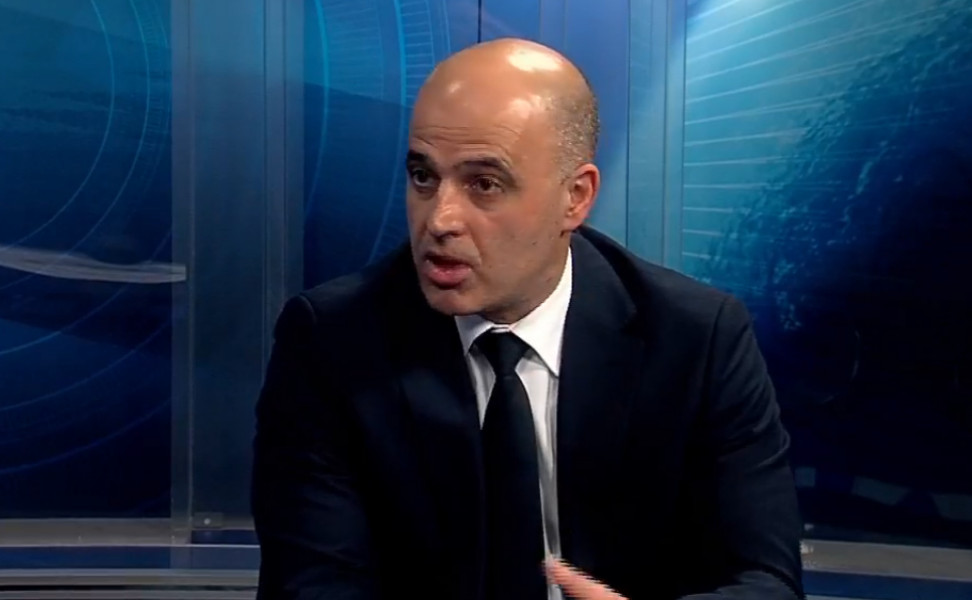 Assumptions and speculations are the information in the public that we have talked with Alternative about the distribution of departments or certain names. We have not come to that level, but we are talking about responsibilities in the Government on certain issues, says the candidate for president of SDSM and Deputy Minister of Finance, Dimitar Kovacevski.

Kovacevski, who was a guest on Sitel TV's diary tonight, said that there would be one or two more meetings by the end of the week. Intra-party consultations are ongoing.

- Yesterday we had talks with Gashi and his team, we said that progress has been made in harmonizing the program commitments of the new possible government. We also exchanged our views regarding the assumption of responsibilities in the Government that would be formed if an agreement is reached. It remains to hold talks across the parties and see each other once or twice by the end of the week. At this moment, the distribution of departments and determination of names was not a topic at all, what is being said in public is assumptions and speculations, said Kovacevski and expressed hope that an agreement will be reached with Alternative.

According to him, who will be the prime minister first depends on the intra-party elections in SDSM. This is followed by discussion and decision-making in the party bodies. Once the prime minister-designate nominated by SDSM is defined here, the filter of talks with the coalition partners should be passed. Finally comes the vote in parliament.

Kovacevski also stressed that he has great respect for Zaev.

- He made the most difficult decisions in the country, thanks to which we are a NATO member and we are one step closer to the start of negotiations with the EU. Announcing his resignation, he said he would remain prime minister until a parliamentary majority could be formed to deal with the energy crisis, the pandemic and the European integration process. His stay in the post of Prime Minister would not be limited in time to days, weeks or two months as long as these processes are current and as long as he can have a positive impact on them, said Kovacevski.

If elected president of SDSM, Kovacevski, as he said, will do his best to identify the best staff and attract experts from abroad, as well as people from the diaspora from the private sector and science, who will be able to take on certain responsibilities for more efficient management. with challenges not only at the party level but also at the institutional level.

"Giving a fair chance to the best in both the party and the country is my goal," Kovacevski underlined.

When asked if he would bring back the distanced members of SDSM like Maksim Dimitrievski, he answered that he is always ready for a conversation and open to hear different opinions.

- SDSM has over 80 members and all share social democratic values. SDSM has the democratic capacity to have opposing opinions of the members. One should sit down and talk to see how different opinions can be reconciled and a new quality can be drawn from it. "If I am elected president of the party, I will always be open to talk to anyone who has a different opinion, and whether I will initiate it or someone else is irrelevant," Kovacevski said.

Regarding the dispute with Bulgaria, he said that the Ministry of Foreign Affairs was in charge with the participation of the Prime Minister and the SEA.

- Talks are taking place, I do not have the details because I am part of the economic government departments. I would not like to prejudge certain comments that could affect the process. Bulgaria is our first neighbor with whom we should develop cooperation at all levels and in all fields. "Given that the country has met all EU preconditions and subsequently has four positive reports, I think now is the time for the EU to set a date for the first intergovernmental conference and the start of negotiations, and the Resolution adopted in Parliament defining the red lines is respected," he said. Kovacevski.

Borisov: Both sides must compromise on some issues

Kovacevski congratulated the big holiday: Let's strengthen the spiritual maturity and good will

Aerial "spraying" of the red lines between Skopje and Sofia

Igor Jakimovski for the 29th time, managed to catch the cross in Vardar

The wave of newly infected will grow into a tsunami!

IPH: New increase in the number of covidium patients, 33.9% compared to last week