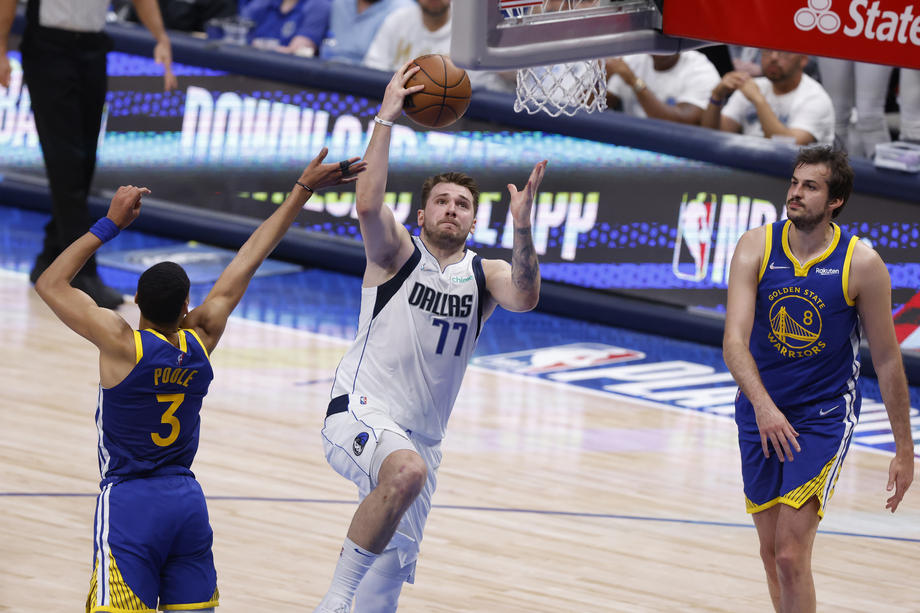 The Dallas basketball players managed to avoid a clean-up in the Western Conference finals after they defeated the Golden State Warriors with 119: 109 in the fourth game and reduced it to 3: 1 in the series.

Dallas led throughout the game, and had the biggest advantage in the third quarter when they led with a plus 25 (81:56). The "Warriors" managed to reduce to 110: 102 in the finish, but Doncic and Bullock did not allow Dallas to gamble the advantage.

It is interesting that the match was stopped briefly after the halftime because due to the heavy rain, the crown of the "American Airlines" arena started to leak. Luka Doncic led Dallas to the first win of the series with Golden State with 30 points, 14 rebounds and 9 assists. This was 10 double-doubles in 14 games in the playoffs for the great Slovenian basketball player. Dorian Finney-Smith scored 23 points, Reggie Bullock scored 18 and Jalen Branson scored 15 points.

In the ranks of Golden State, the most efficient was Steph Curry with 20 points and this was his 100th playoff game in which he scored at least 20 points. Before Curry, only 16 basketball players managed to do such a thing.