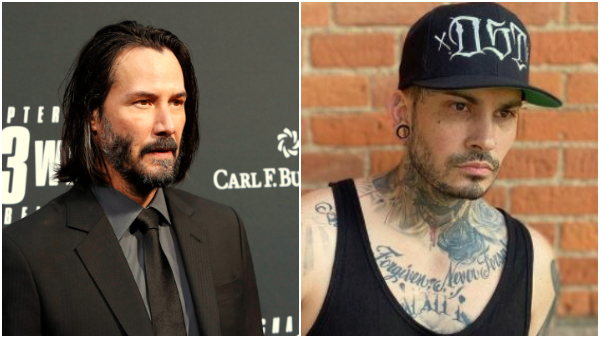 Famous American star on the social network "TickTock", Dustin Tyler claims that the Hollywood actor Keanu Reeves is his father.

Although the resemblance to the actor is obvious, many still do not believe the story that Dustin posted on his ticketing profile, which is that he never met his father because his mother told him he was dead.

However, as he said, recently his mother finally admitted to him that the actor is his father.

"I never said my father left me, but that my mother did not tell him she was pregnant when they broke up," he said.

The Hollywood actor has not yet commented on the videos that have flooded social networks.

Keanu suffered a great tragedy 22 years ago after his partner Jennifer Fair in the eighth month of pregnancy gave birth prematurely to the girl Ava Archer Fair Reeves, who died shortly afterwards. The tragedy struck hard, and a few weeks later Jennifer and Keanu split up.

In April 2001, Jennifer was killed in a car accident. According to the media, she was under the influence of sedatives prescribed by her doctor at that time due to her depression.