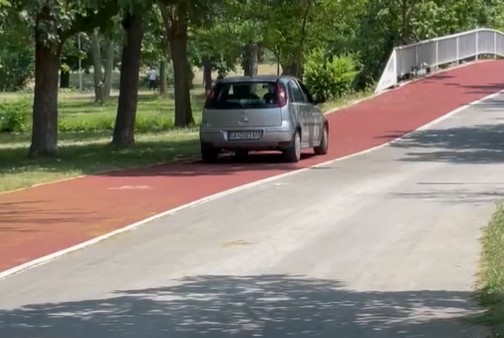 A 20-year-old resident of Skopje was fined after police received information that he was driving a car on a pedestrian path in the City Park, police said.

Earlier, a video of him driving through the park appeared on social networks.

Even after the tartan the track rides pic.twitter.com/uNIsMKtW04

"Today (22.05.2022) after previously received information that around 12.30 pm an Opel Corsa car was moving on the pedestrian path in the City Park in Skopje, immediate measures were taken by police officers from the Department of Road Traffic Safety at the SIA Skopje. The person was found and determined to be P.L. (20) from Skopje ", say from the Ministry of Interior.

Against P.L. measures have been taken in accordance with the Law on Road Traffic Safety and appropriate sanctions have been imposed.