VIDEO: How Lambe Alabakovski set fire to the door of the Bulgarian club in Bitola 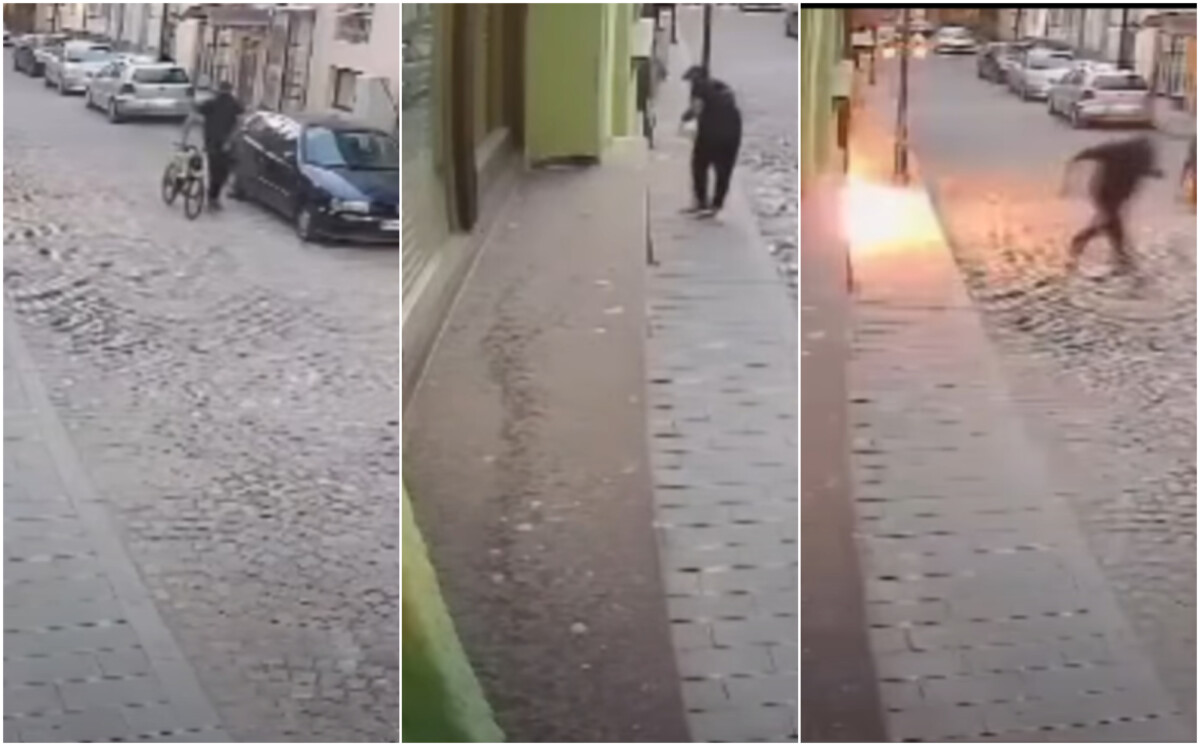 Video of the burning of the Ivan Mihailov Club in Bitola/Photo: Screenshot/Tribuna.mk

The Macedonian portal "Tribuna" published a video of the burning of the Bulgarian cultural club "Ivan Mihailov" in Bitola, which was then broadcast by the Bulgarian media.

The video from security cameras shows singer Lambe Alabakovsky with a mask on his face in the early morning hours of June 4, pushing a bicycle, passing the front door of the club Ivan Mihailov, then returning with a larger plastic bottle and pouring flammable liquid in front of the entrance at the club.

Kneeling down, he tries to set the liquid on fire, and when he succeeds, he injures himself, after which he runs away from the place while the flames engulf the front door of the building.

-A few days after committing the crime, he surrendered to the police in the city where his brother works in a managerial position. Lambe Alabakovsky was detained for only a few days and then released. During the anti-European protests at the end of June, he was among the "main stars". At one of the protests, he got on stage and burned the agreements with Bulgaria and Greece, Bulgarian media write alongside this video.

They remind that these days members of the Commission for the Prevention of Discrimination, acting on a report, performed an inspection at the cultural club Ivan Mihailov, which took place under the supervision of the Bulgarian consul, which the Commission considers to be pressure on their work.