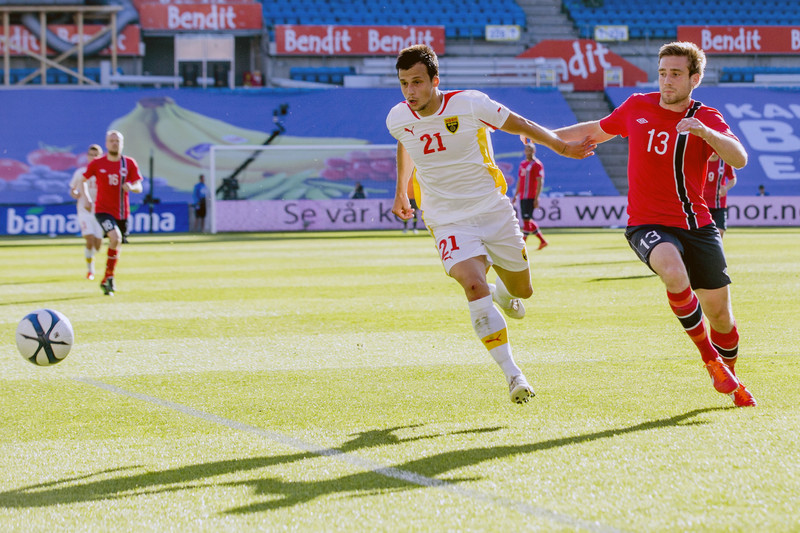 Mirko Ivanovski was precise from the penalty spot in the defeat of Dinamo Bucharest from Gaz Metan (2: 1) / Photo: EPA / STIAN LYSBERG SOLUM

In the 12th round of the strongest Romanian championship, the team of Dinamo Bucharest lost to Gaz Metan with a result of 2: 1.

In the first half, the hosts led with 2: 0, goals scored for a period of two minutes through Deacon.

Macedonian international Mirko Ivanovski, who played the whole match for Dinamo Bucharest, mitigated the defeat in the 84th minute from the penalty spot.

It was the first goal for our 31-year-old striker in the fifth appearance in the championship for Rednik.

Dinamo Bucharest is currently on the penultimate 15th place in the table with seven points, and in the next round it will play Rapid Bucharest at home on October 23, 2021.

Ranking with the first decision shocked the United stars, banned from coming in private cars

Casillas raises his voice against Messi and the "Golden Ball"

VIDEO: With the return of Jokic, the victories for Denver are back

Northern Ireland scored 20 goals in both matches against Macedonia

Messi: Robert, you deserve the award, in 2020 you should have been the winner!

VIDEO | Krstevski: We did not play so badly to lose by a high margin