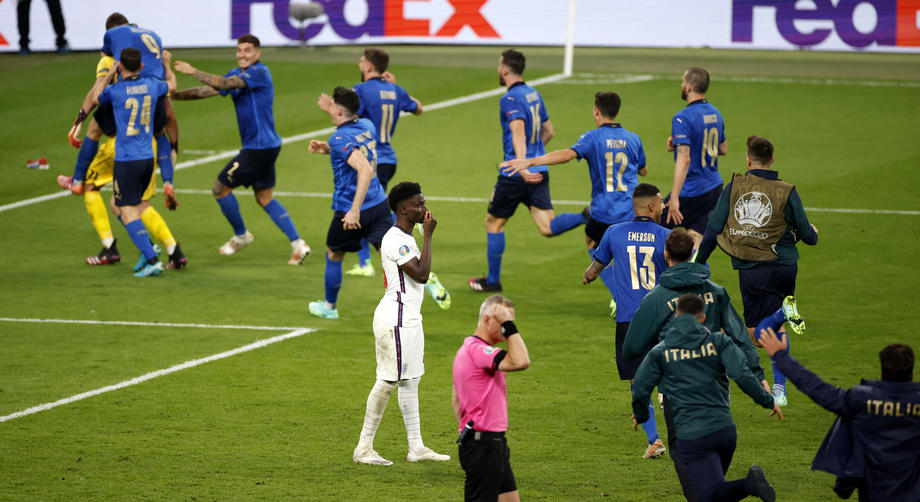 The Italians won the European Championship title this year, beating England on penalties in the final / Photo: EPA-EFE / John Sibley

Three months have passed since the great success of the Italian national team that won the European Championship title.

In the grand final in London, they defeated the selection of England after the penalty series with the result 3: 2 (1: 1 in the regular 90 minutes).

And these days the Italian football players were reminded of this triumph once again this time in an interesting advertisement.

Namely, the Italian Post made an advertisement in which the main actors are the heroes from the European Championship, the coach Mancini and several football players who, in the role of postmen, at the end of this video, deliver the order to Mancini.

In front of the door are Jorgenjo, Bonucci and Locatelli, and what they bring is a meal for the selector - English soup.