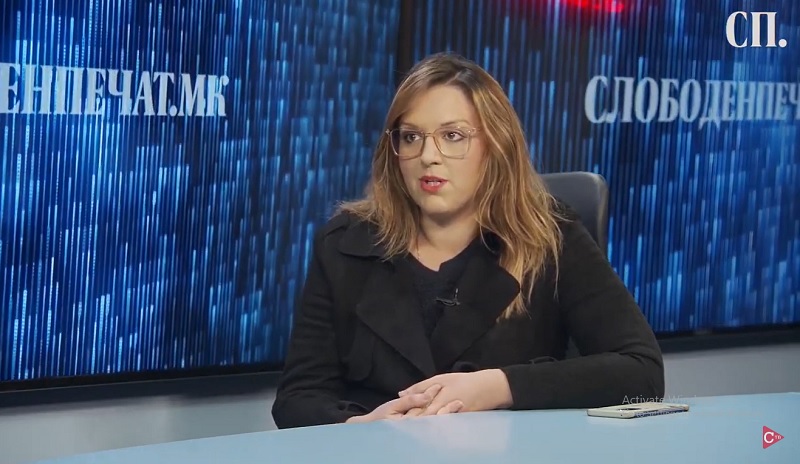 Above all, the award is a great courage and motivation for further research, says the journalist of Sloboden Pechat, Miroslava Burns, who was recently awarded by the European Union with the second place for the best research story.

In the studio of Slobodna TV, Burns repeated all the details about the mother from Debar, Yildz Veaposka, who was left without three organs after giving birth.

- The story caused great national attention, as befits such a tragic case of the Macedonian healthcare labyrinth. This award will help me to look for similar interlocutors and similar stories in the future and give them a voice - says Burns.

Although the case of Veaposka received excellent treatment from the media, and the public was familiar with the ordeal of the mother from Debar in detail, however, the case still does not have a court resolution.

– During the case, there were several things that happened. First, the private office of the main doctor who performed the operation, in a family house in Struga, was closed. Then he was dismissed from the position of director of the Struga hospital, although this happened after several months of public pressure. But then followed the scandalous decision, bound by the Medical Chamber, which declared itself incompetent in this case. 10 doctors held a press conference and failed to explain how the bleeding occurred in the woman giving birth, claiming that they are not competent to determine medical error - adds the journalist of Sloboden Pechat.

Burns reveals that Weaposka was eventually forced to take out justice herself.

- She filed a private lawsuit, and the court in Struga then instructed the Institute of Forensic Medicine to investigate the case, which resulted in an extensive report in which a medical error was recorded - she recalled.

However, it is uncertain what will be the epilogue of the case of the woman who gave birth from Debar, because as Burns says, there is no example of a medical error proven by a court so far in Macedonia.

Watch the entire interview at the following link: