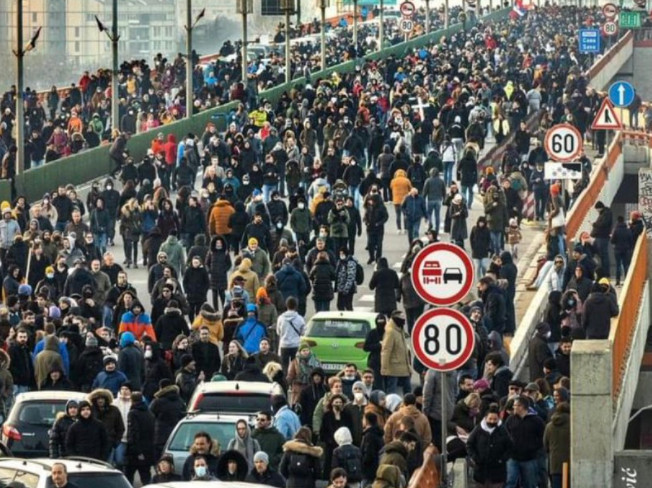 A series of incidents took place yesterday during a demonstration in Serbia, where citizens blocked key roads and intersections at about XNUMX locations across the country in protest of the opening of a lithium mine in western Serbia.

The blockades lasted from one to two hours, and although they were generally peaceful, tensions and incidents erupted in several places, mainly in Belgrade and Novi Sad.

As participants in the blockades stated, the police did not secure the locations, which created a breeding ground for clashes with government supporters. Protesters claim in several places there were provocations by masked "hooligans" who insulted the gathered citizens and threw stones at them.

Milanovic: Dodik and Republika Srpska are our partners

Serbian Interior Ministry denies: The passport of Matej's friend has not been confiscated

Serbian virologist: Omicron leads us to the end of the pandemic