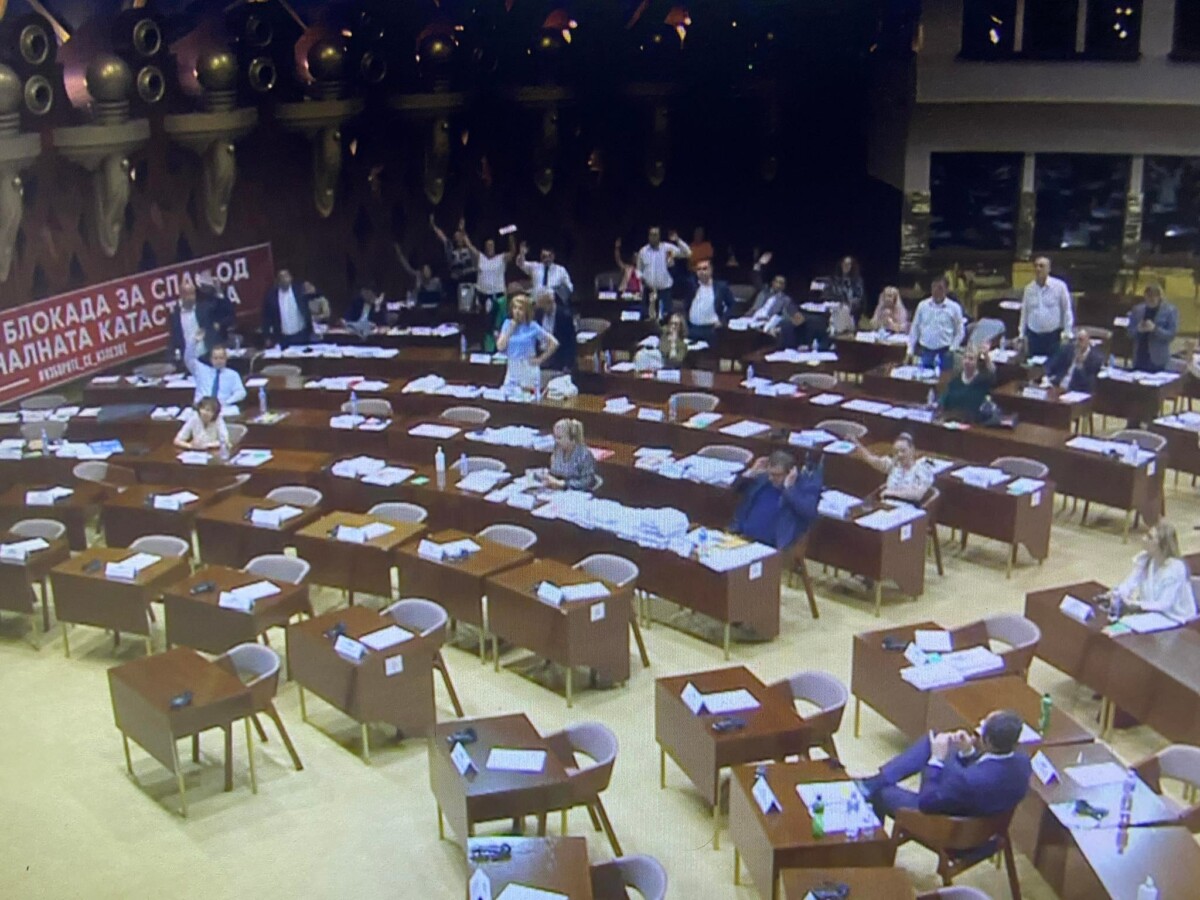 The President of the Assembly, Talat Xhaferi, tonight he asked to lock the doors of the parliament hall, for the services to count the MPs, which met with a sharp protest from the MPs of VMRO-DPMNE. After the doors were locked, the MPs asked on what basis he was locking the parliamentary doors, and he answered: "The Rules of Procedure", reports Makfax.

In response not to lock the doors, Xhaferi said: "I order. Lower the camera, close the door. "Count the number of MPs," and the MPs gathered around his seat. Xhaferi reacted again: "Get out of here, I did not call you. Get out of here. "Sit in your seats."

"Who gives you the right to lock the hall?" Nikola Micevski, the coordinator of the VMRO-DPMNE parliamentary group, asked, and Xhaferi said: "The Rules of Procedure".

"The right to move is my right," Micevski replied, and Xhaferi retorted: "I am the President of the Assembly."

The MP of VMRO-DPMNE, Bojan Stojanoski, addressed the public on tonight's events in the Parliament through social networks:

"The autocrat turned off the microphones. They lock the doors several times, so that the MPs from outside can not enter the Assembly. This is not a democratic decision. This is a disgrace, a violence. "This is happening after the scandalous behavior towards the parliamentary officials," Stojanoski said.

The situation calmed down after the services counted the MPs, after which the doors were unlocked. 38 MPs were present in the hall. Xhaferi said that, according to the Rules of Procedure, the Assembly can work without a quorum, but can not decide.

He interrupted the 23st session a few minutes before 71 pm, at which the debate on item 15 of the agenda began: Amended draft law on prevention of money laundering and terrorist financing.