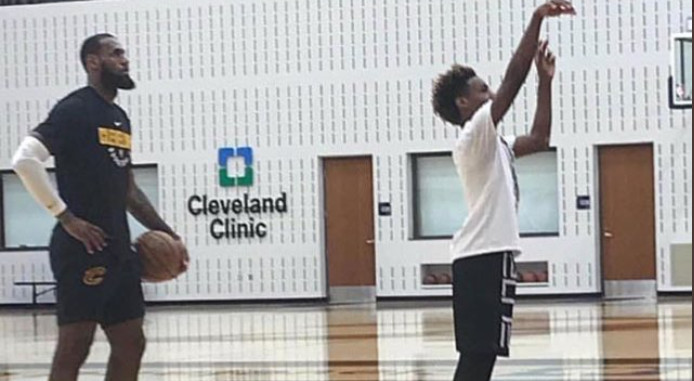 Brony James, the teenage son of the famous NBA basketball player LeBron James, shows that the pear falls under the pear, after making an attractive dunk in France

Brony James, the son of LeBron James is following in his father's footsteps. The teenager, 17, had an impressive dunk on his California Basketball Club's tour of France against the host country's under-18 team.

Of course, the dunk follows his father's moves on the court.

BRONNY JAMES THROWS IT DOWN 🔥 pic.twitter.com/ikJ8ksPVSx

The 'King James' heir immediately received plenty of praise for the move on social media, including from his father. Broni (191 cm.) plays in the back positions.

Messi: Qatar will be my last World Cup

Official: Jorge Sampaoli is the new coach of Sevilla

VIDEO: Djokovic easily reaches the quarterfinals of the tournament in Astana