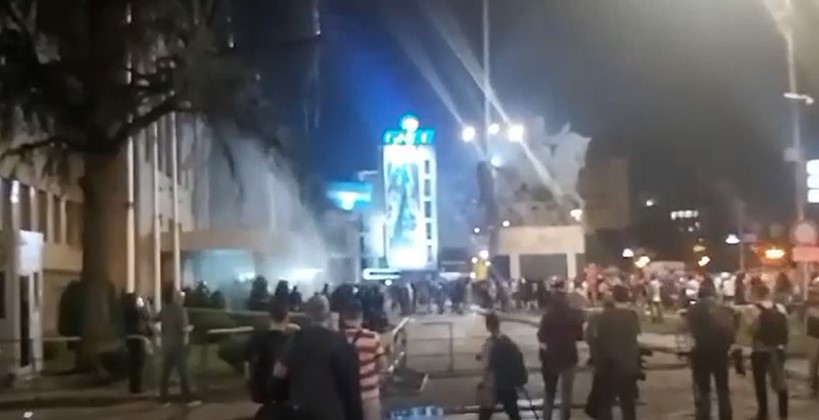 The police started arresting demonstrators at tonight's protest against the French proposal in front of the Parliament, after the revolt escalated in part of the crowd and demonstrators with phantoms appeared, who started throwing all kinds of objects, firecrackers and smoke bombs at the special forces.

Part of the media reported that there were injured police officers in the clashes with the protesters, who broke through the protective fence and started to enter the building. At one point, an ambulance came in front of the Assembly.