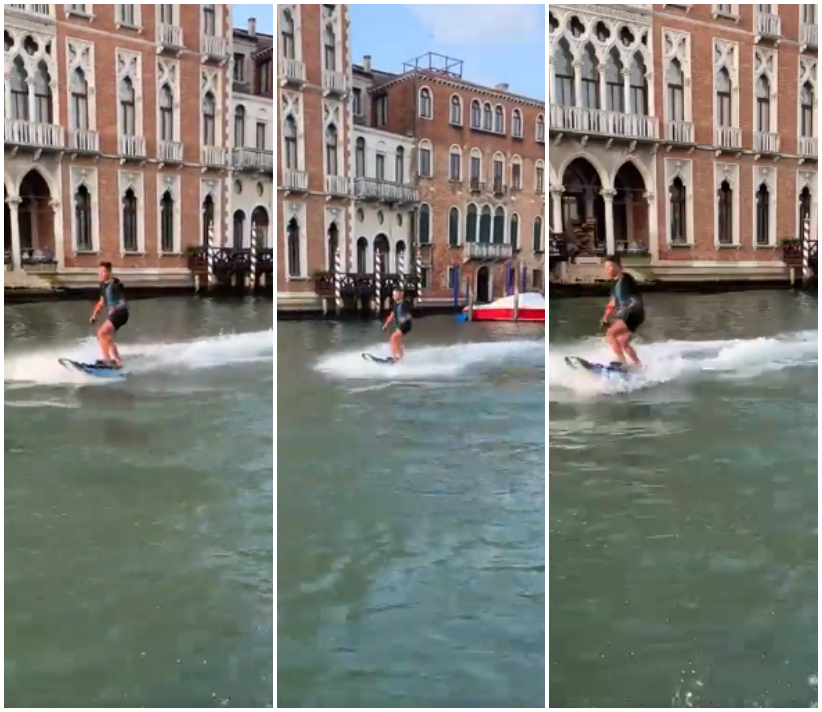 A video of two men surfing the Grand Canal in Venice, which is strictly prohibited, appeared on social media these days. This left the city's mayor, Luigi Brugnaro, quite nervous.

Brugnaro said he was looking for the "two overbearing idiots" who filmed themselves surfing the Grand Canal. He says he will treat whoever finds and identifies the two men to dinner, reports "The Guardian".

"Here are the two overbearing idiots who are making a mockery of this city," Brugnaro wrote. "I'm asking everyone to help us identify and punish them, mayors urgently need more powers in terms of public safety."

Local media reports that the two men were caught and punished yesterday.

Over 60 children in Gambia have died from Indian cough syrup

Last week, the number of Russian citizens who entered the EU decreased