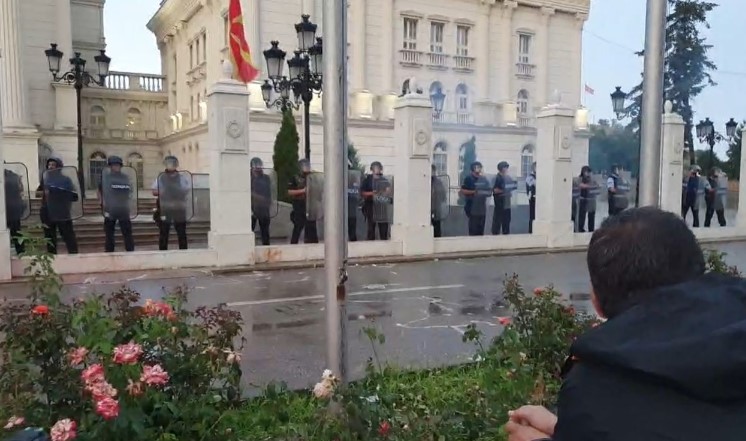 For the first time in rainy conditions, the protest against the French proposal, which has been held in front of the Government for several days, continued tonight. At the beginning of the protest, a small incident happened.

The gathered citizens hurled insults at the policemen who are in front of the Government in a cordon, about "whom they are protecting" and why they don't join them from the other side, and then they threw several firecrackers at them. occurs TV21.

At the protest, organized by the opposition, the citizens demand not to sign the French proposal, because, as they say, it is harmful to national interests, and they also demand resignations from the authorities and early parliamentary elections.