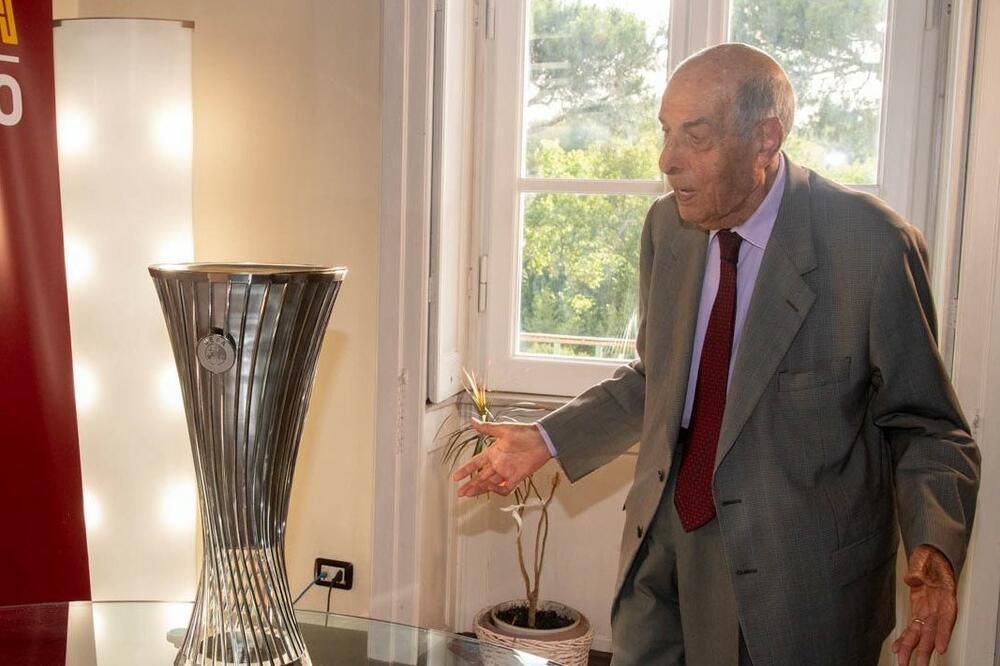 After a 14-year fast two months ago, the Roma team finally managed to win a trophy and make their loyal fans happy.

On May 25 in Tirana, the "Roman Wolf" defeated Feyenoord 1:0 in the final of the Conference League, and the management of the Roman team decided to reward the most loyal fans.

Giorgio, 96, is our oldest subscriber and received a special visit: for some time, the cup was all for him ✨

Namely, the leaders of Roma decided to take the trophy from the Conference League to the homes of loyal fans, and the last stop was the home of the oldest owner of a season ticket, 96-year-old Giorgio.

The general manager of the "wolf" Thiago Pinto brought the trophy to the home of Giorgio who could not stop his emotions.

Sedloski: We didn't deserve to lose, tonight we were celebrated by the better team

The Struga tournament will have a new champion, Vardar defeated by Celje