VIDEO | Austria is also under water, with many landslides and rising rivers 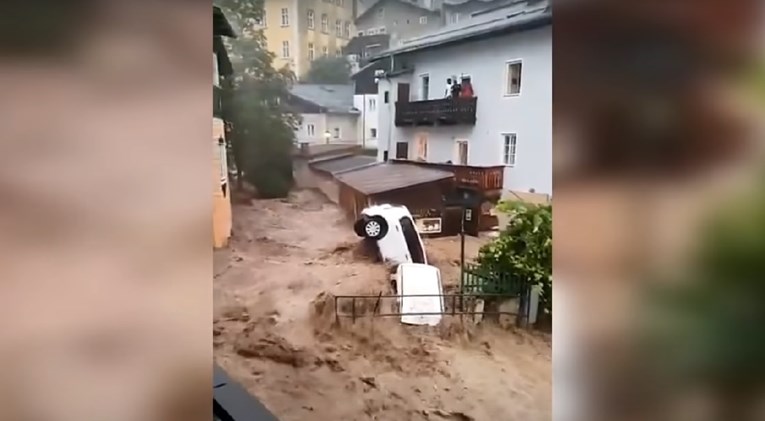 After heavy rains, torrential floods hit the Austrian city of Hallein. The small city river turned into a torrent.

After heavy rains, torrential floods hit the Austrian city of Hallein. The small city river turned into a torrent.

"The situation is very tense and dramatic," a local police spokesman said.

The population of this city is warned to be careful not to go down to the basements. The situation is tense in other parts of the Austrian Alps. Around Kitzbuhel, in the western province of Tyrol, firefighters pumped water from a number of basements.

Heavy rains (over 100 liters per square meter) also caused floods in the German state of Saxony, in the east of the country.

The floods also hit a hilly area along the Elbe Valley near Dresden. The district administration reported that Neustadt, Sebinitz, Bad Schandau, Reinhardsdorf-Shenna and Gohric were particularly affected. Authorities urged residents to leave basements, underground garages and the subway.

According to the Provincial Flood Center, the water level 4 was exceeded at the Neustadt 1 measuring station on the Polenz River. Extreme water levels have risen in the lower reaches of the Kirnitz, Sebinitz and Lachsbach rivers.

Floods in Germany have killed at least 156 people

A testing strategy is being developed with rapid tests in schools

Atanasoski for WC: Fascist Bulgaria can stand instead of Bulgarian fascist occupier

A close race for the next Prime Minister of Japan

VIDEO | Arianit Hoxha: We are record holders in subsidizing agriculture

The third dose will be with Pfizer, no matter which vaccine has been given before