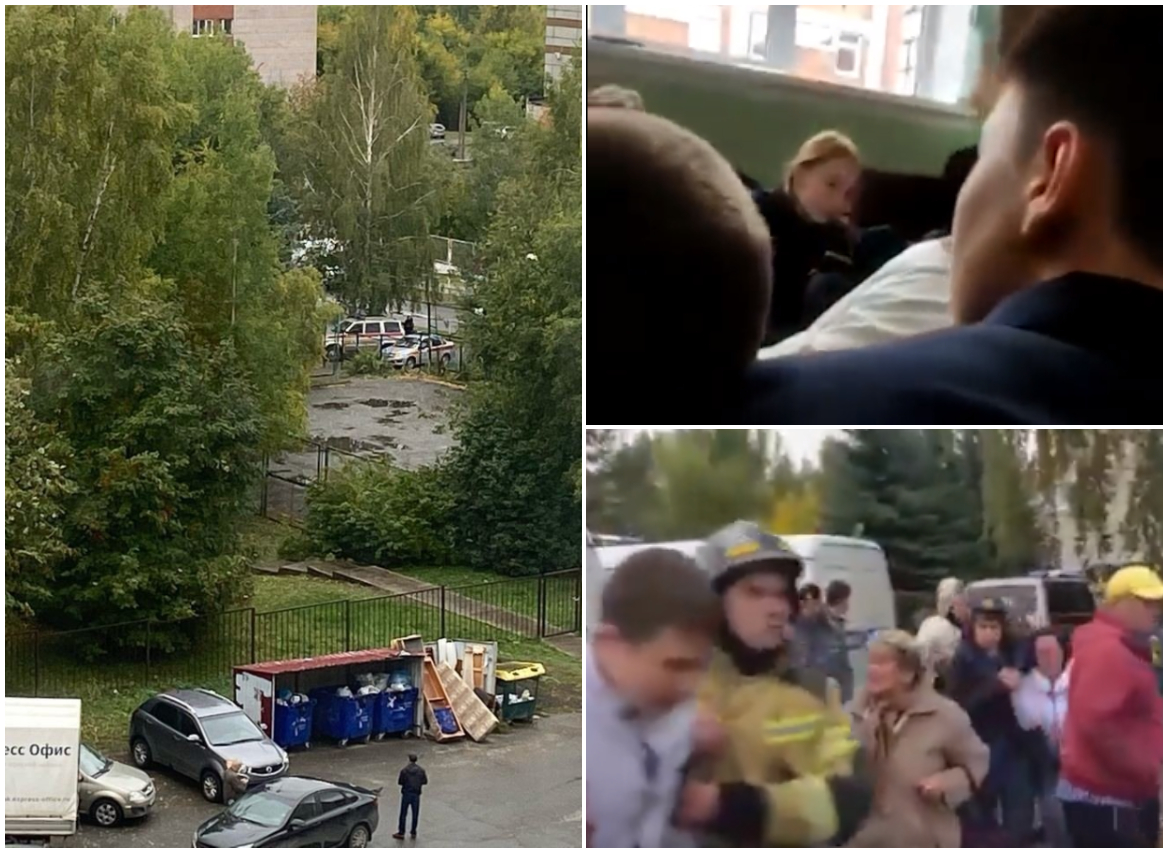 On the Telegram social network this morning, several videos of an attack in a school in the Russian city of Izhevsk appeared, information that was later confirmed by the Russian media.

(I.e.#Russian Telegram channels report that the gunman who attacked the school shot himself. The number of injured children has risen to 9. pic.twitter.com/2BTCcNuYk6

According to the information so far, the number of victims in the attack rose to 10, and several children were also injured. Among the victims is the security of the school, according to the Russian media.

# BREAKING At least 6 were killed in a shooting at a school in the city of Izhevsk, according to #Russia's state media pic.twitter.com/PXVDK4WFja

According to the Russian media, the attacker committed suicide after firing a series of bullets at civilians.

‼️🇷🇺😭The death toll from the Izhevsk school shooting has risen to 10. Five of them are children. The attack on a school in Udmurtia took place in the morning. During a lesson on September 26, an unidentified man in a black suit burst into the classroom and opened fire. #Russia pic.twitter.com/WGVqpROZFu

- The inspectors of the Russian Investigative Committee determined the identity of the attacker of the school in Izhevsk. It is about Artem Kazantsev, born in 1988, from the city of Izhevsk, who graduated from this school. His adherence to neo-fascist views and Nazi ideology is being checked, the authorities said.

The man who attacked the school in Izhevsk was carrying two guns, can be seen in the video released by the Investigative Committee of the Russian Federation.

Artem #Kazantsev, who staged a shooting at the Izhevsk school, was a fan of Eric Harris and Dylan Klebold, who staged a massacre at the "Columbine" school in the USA. Keychains with their names were attached to the pistols from which the criminal fired - VCHK-OGPU pic.twitter.com/xmLIzyhKoJ

At least two guns can be seen in the footage. The word "hate" is written on them in red.

Russia's Ministry of Education said the school had been evacuated.

About 630.000 people live in Izhevsk, the capital of the Udmurt Republic.

The circumstances and motives for the attack are being determined.

"Tragic news from Izhevsk. "President Putin deeply regrets the death of people and children in the school where the terrorist attack took place," Peskov told reporters.

The Spanish are suffering: for most of them, olive oil is becoming a luxury

Stoltenberg says NATO will do "whatever it takes" to protect allies