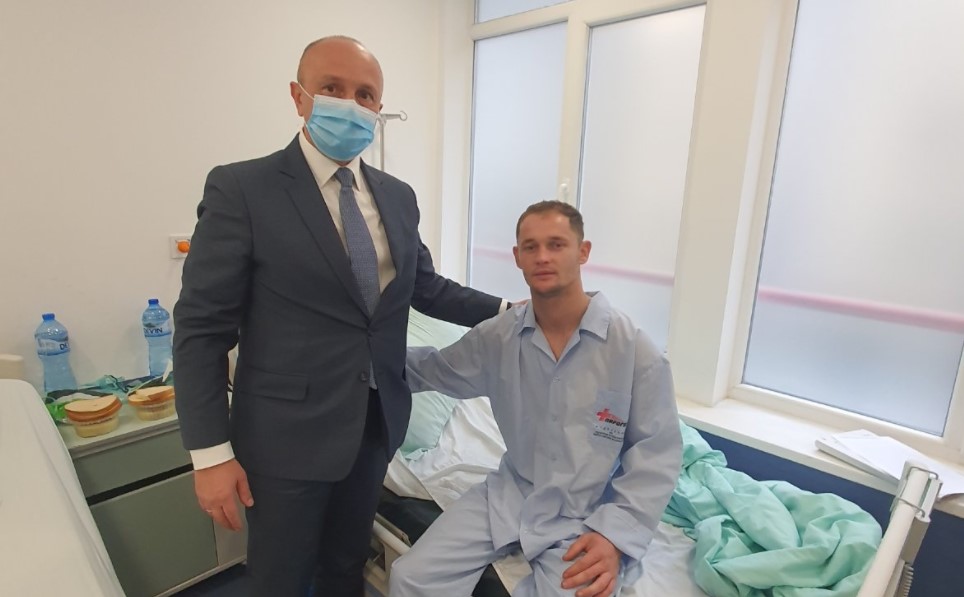 "There were two drivers, they were driving at 100 kilometers per hour, everything was fine," survivor Lulzim told the television about the accident in Bulgaria. TV21.

"Thus it is written by God. May I be the one who will save more people after me. "I thank God for giving me a second life," said Sulejmani, one of the survivors of a bus crash in Bulgaria.

Sulejmani managed to pull the few rescued passengers out of the flames of the bus. He says for TV21 that Besa Trans's offer was tempting, so he decided to book a trip for him and his fiancée.

The bus was good, but they did not know it did not have a license.

- The road was not difficult. He did not drive fast. Normally, like driving a bus, at 100 miles per hour. "The bus was also good, and I do not know about the license," Sulejmani told TV21.

He is still in shock. He says he can not sleep, and the images of the tragedy are constantly spinning in his head. Once a week he visits a psychiatrist at the hospital in Vranje.

"Everything repeats itself in my head, 24 hours after. Because I was awake and I saw everything from the tragedy and now everything is spinning in my head. Now I can not sleep as before… I wake up, I can not sleep, I sleep only 1-2 hours. When you wake up, then you do not want to sleep. "It is not as it was," said Sulejmani.

A small detail that Lulzim noticed when entering the bus saved several people.

"I was awake, but before that, when we were walking through Turkey, I noticed where the hammer was. "And then when the catastrophe happened, thank God that my mind was in my head, I reached the hammer, broke the glass and I and six other people came out after me," said Sulejmani.

VIDEO | Novak throws big party for his mother: After the drama in Australia, the ковиokovi семеј family together again

VIDEO | Pendarovski: States have the main responsibility in protecting refugees and human rights

PHOTO | Hollywood actor's son commits suicide: He was found with a gunshot wound to the head