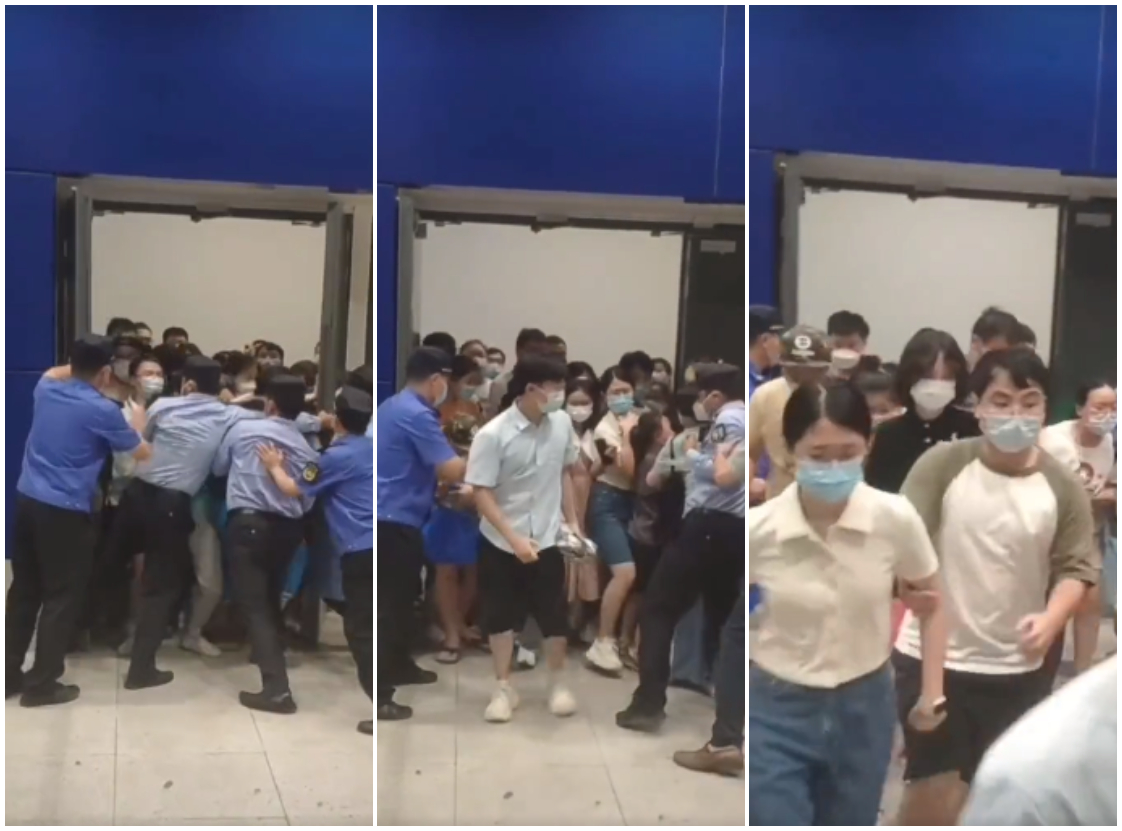 Chaos broke out at an IKEA store in Shanghai after shoppers started running away from police who tried to quarantine them. The police tried to close the shop after receiving information that a six-year-old child was infected with covid.

Yesterday, an abnormal health code case was presented at an IKEA in Shanghai, & the entire mall was suddenly blocked🥶

Some ppl forced their way out for fear of being sent to concentration camps, but there is actually nowhere to escape under #AmazingChina's digital surveillance pic.twitter.com/MWpbTOJ3kz

The videos show how the security at one point tries to close the door, but the crowd on the other side forcefully opens it and runs away.

Those who were in Ikea and the surrounding areas had to be isolated for two days, after which they will be monitored for five days, said the deputy director of the Shanghai Health Commission, Zhao Dandan.

Shanghai recently returned to "normal" after the hard locks because of the pandemic, because like the whole of China, this city is being led towards a "zero-covid" policy.

Shanghai released the citizens after a hellish lockdown