VIDEO | Chaos in the congress of Honduras, party members fought among themselves 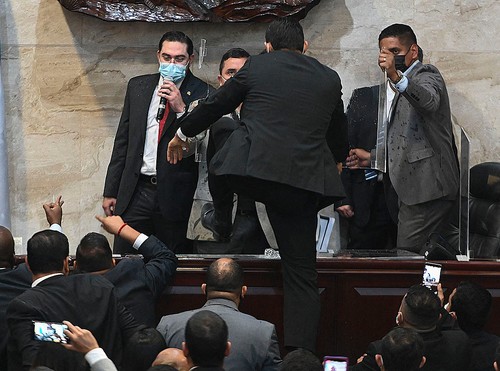 At the swearing-in ceremony of Jorge Calix, the new interim president of Congress in Honduras, a fight broke out in the congress halls on Friday.

As Calix was sworn in, some lawmakers from the same party took to the podium, leading to a fight. People shouted: "Traitors!"

Calix, the protesting members and the newly elected president Xiomara Castro are from the same party, the Freedom and Foundations Party or Libre.

Borrell: There is a shortage of food all over the world, and where there is, it is expensive

WHO Regional Director concerned over possible spread of measles

Putin: There are more and more hacker attacks on Russia

Kremlin: Putin-Lukashenko meeting on May 23 in Sochi