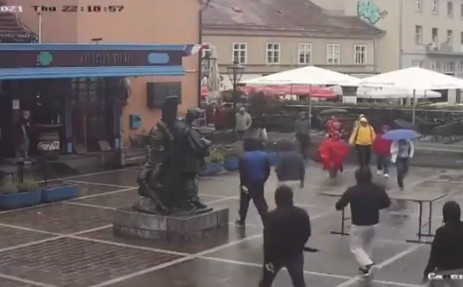 A day after the match between Dinamo Zagreb and West Ham, a group of fans of the Zagreb club attacked supporters of the English team, who were sitting in a bar in the center of the Croatian capital.

Masked fans entered the cafe and started throwing ashtrays and chairs at the English, after which they fled the scene. The whole incident was recorded on security camera footage.

The situation took place the day after the game.

The other guests present in the restaurant started to run away when they noticed that a group of a dozen boys was coming. The attack is a continuation of several days in which there were incidents between the "Bad Blue Boys" and the English fans. Dinamo lost the match of "Maksimir" with 0: 2.