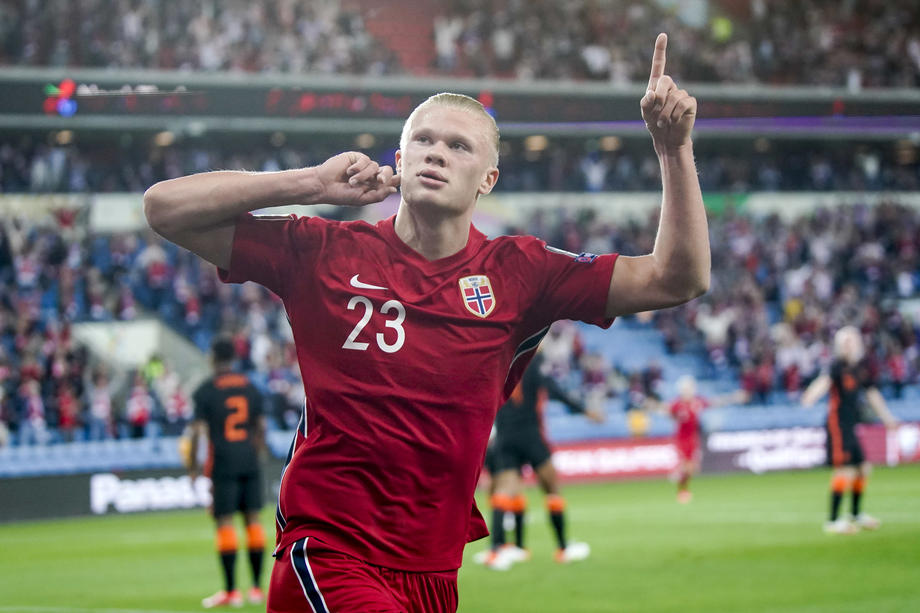 Erling Halland is one of the best strikers in the world today / Photo: EPA-EFE / Stian Lysberg Solum

He missed the matches against Norway due to a minor injury, but that is already past, and the Borussia Dortmund player could play this weekend against Mainz.

Definitely together with the French national team player Killian Mbape, Erling Halland is one of the most dominant strikers of today.

The magic of the "millionaires'" training center can only be an announcement for the continuation of Halland's goals in the Bundesliga.

He otherwise ordered three balls on top of each other, a target was placed in the upper part of the corner of the goal and it was "destroyed" exactly with the balls in front of him.

Take a look at the video to see what it all looked like:

VIDEO: Halland returned with a goal in the turnaround of Borussia Dortmund

PHOTO | Ristovski with a message to Ronaldo and Portugal: "See you in the final" !?

"Komiti" demanded reconstruction: This is not the Vardar for which we came!

VIDEO: Arsenal recover from Liverpool, rich Newcastle at the bottom of the Premier League

"Three out of three" for Akademija Pandev, Mircevski and Marong shot against Renova