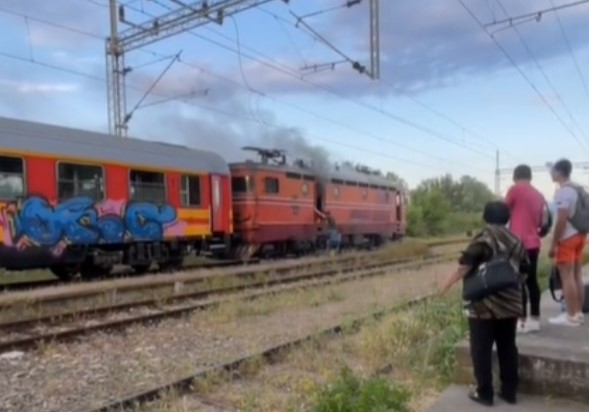 A fire in a locomotive of the Macedonian Railways broke out yesterday, when the train, which runs on the route Skopje-Gevgelija, stopped at the station in the Tikvesh village Kukuricani.

According to the police, "on 17.05.2022 around 18.42 in the Negotino Police Station it was reported that a fire broke out in a locomotive from a passenger train traveling on the route Skopje - Gevgelija at the railway station Kukurichani".

A video of the fire appeared on TickTock today, and it shows several people trying to extinguish the locomotive with buckets of water, from which thick smoke is coming out.

After an advertisement on Facebook, a man from Skopje was left without money and without his Mercedes